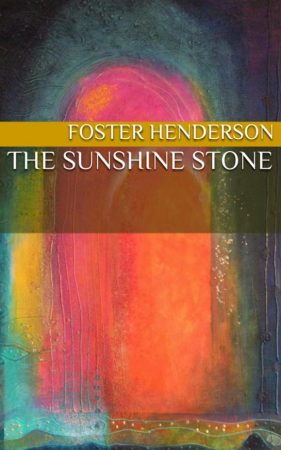 The Sunshine Stone is the story of Antonia Davidson, a fifteen-year-old girl, who loses everything when her successful solicitor father is imprisoned for money laundering. It is a story of redemption, as she overcomes the challenges of living with her fragile mother in Rotney, a brutal, East End slum where she attends the notorious comprehensive school, Rotney High, with all its perils and ugliness. Antonia’s life changes when she meets an American war hero and performance magician, who restores her confidence and gives her a stone with magical properties to protect her at the cost of his own safety.
Written in the first-person narrative, the Sunshine Stone looks at how, despite the worst circumstances, there is always hope if you are prepared to fight for your future and to accept help from any quarter it might present itself, however unlikely.

Link To The Sunshine Stone On Amazon Kindle Unlimited

What Inspired You to Write Your Book?
There were two strong inspirations for The Sunshine Stone, both from my childhood.
When I was seven or eight years old my father bought me, a book called “Bohemian Fairy Tales”. It was a collection of magical stories but the last story, “The Sunshine Stone” was, by far, the most powerful. It’s about a little girl who suffers unimaginable cruelty and deprivation but always remains cheerful and brave. One night, she falls asleep and dreams of a beautiful stone. When she awakes, she is gripping the same stone in her fist. The girl must then discover why this mysterious gem appeared to her – and when she does, it changes her life irrevocably.
Maybe two years later, came the second inspiration. I watched an old cowboy film, made around 60 or 70 years ago. In the film, a real magician performs magic tricks for the town folk, producing wild animals out of thin air and levitating members of his audience. Yet the surrounding crowd are completely unimpressed and boo him off the stage, even though he is not performing illusions but genuine magic.
This made me think how even 150 years ago, people were so absorbed in their own drudgery and reality, they could not recognize genuine miracles even when they were performed directly in front of their noses. These days, we are even more hardened and cynical.
On a deeper level, it shows how we fail to recognize the miracles that surround us all the time. Every time, we see, feel, breathe, love or hate, we are experiencing the wonder and miracle of living. The animals that surround us, the astonishing natural scenery, our amazing human ingenuity, even the darker aspects of life are all miracles. Miracles are everywhere. Yet they pass us by.
The Sunshine Stone combines my two childhood inspirations to create a fast-paced thriller that also intends to make you think.

How Did You Come up With Your Characters?
There are two major characters in the book, Antonia – the young girl who narrates the story – and Frank – the mysterious, octogenarian Medal of Honor winner and performance magician who helps Antonia.
Antonia was easier to create because I could base her on members of my family and their friends. Much of the book contains dialogue and I repeatedly asked young people of Antonia’s age to read through it and help me hone it until it was just right.
Frank was more difficult. I wanted to base him on a real Medal of Honor winner but – to fit in with the plot – he had to be born at a certain time, live in a certain place and receive the Medal of Honor for certain specific acts of heroism.
I spent days and days looking through Medal of Honor winners – a humbling and overwhelming experience. In the end, I found my perfect hero, Jerry Kirt Krump, who was awarded the Medal of Honor for his actions, in 1951, in the Korean War. An incredibly courageous and amazing man.
Tragically, Jerry Krump was killed in a car accident in 1977 but I sincerely hope the character of Frank pays homage to his memory.
As I don’t exactly know many Medal of Honor winners or veterans from the Korean War, I listened to numerous recording of old American soldiers, noting how they spoke and recalled their war memories. I even watched Gran Torino several times (Clint Eastwood plays a decorated Korean war veteran)! Then I put it all together to create the dialogue and story.
There are numerous minor characters and these are similarly based on personal experience, listening attentively to how other people talk and conduct themselves and my imagination.

Book Excerpt/Sample
Frank opened the top of his shirt, unclasped the neck chain and handed it over. I held it in the palm of my hand and gazed at it.
Red, round. Mesmeric.
I kept studying it. “You strange thing. What’s your secret?”
There was no response.
I lifted it by a few inches. “Why Frank?”
Nothing.
“Why, me? Why Antonia?”
Nothing.
“Come on. Please. Why are you here? What do you want? How can we help you? How can you help us?”
Still nothing.
I handed the stone back to Frank and watched him place it around his neck again.

Author Bio:
Foster Henderson is a British author. His novel, The Sunshine Stone, aimed primarily at the YA market, has just been published and is available from Amazon in both Kindle and paperback versions.

Link To The Sunshine Stone On Amazon Kindle Unlimited