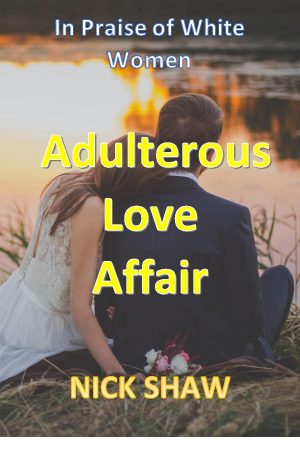 Nick, twenty-two, falls in love with Hilli, his German co-worker. The problem is that Hilli, thirty-six, is married with two sons. They start an adulterous affair and their sexual attraction for each other is enhanced because Nick is coloured and Hilli is white. Initially, Nick seeks the thrill of making love with a mature woman but he falls in love with Hilli. When their clandestine affair is exposed, Nick resigns from his job to return to his home country. They decide to spend ten days in a lakeside resort before Nick leaves Germany. Their single-minded pursuit of sexual fulfilment leads to suffering and sadness. Nick’s obsessive love for Hilli lasts through the decades and highlights the problems when romance enters an adulterous relationship. Read the book to see how this liaison plays out.

WARNING 18+: This book contains material that may be considered offensive to some readers since it contains explicit sex scenes.

What Inspired You to Write Your Book?
This is a true experience presented as fiction. What started as an office romance turned out to be a life-long obsession on my part. Writers live twice. After living through an intense love affair, I relived the experience once again while writing this book. It was a form of self therapy to understand my inner self and motivations.

How Did You Come up With Your Characters?
I modelled my main character on my female friend and lover. All I had to do was to think about our time together and I came up with a plausible character. It was only after her death that I decided to publish this book.