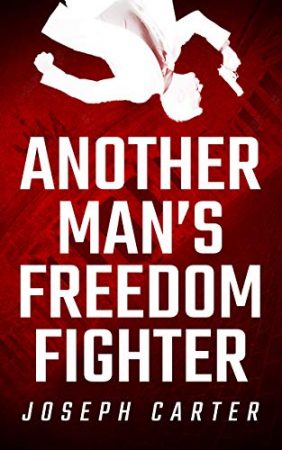 He tried to hide in plain sight.
It worked. For a while.
But then the war forced an
impossible decision on him.

In the near future: The leaders of Europe sleepwalk into a catastrophe that sparks a new war between Russia and the West.

Warsaw falls on the first day. NATO, more divided and indecisive than ever, leaves Poland to fend for itself.

A small guerrilla army valiantly fights behind enemy lines. The covert Stay-Behind Units of the Territorial Defense Forces are determined to raise hell for the occupation troops. They evade the merciless manhunters of Spetsnaz GRU best they can.

But will they last long enough? Will allied reinforcements arrive in time?

Security consultant Mark Sanders lives a quiet, peaceful family life in Berlin, or so it seems… A dark secret from his past comes back to haunt him and he is forced to make an impossible decision:

Should he go off the grid and try to keep his family safe… Or should he join the mysterious hacker Mlada and expose the devious plot of the Russian regime?

If you love pulse-pounding, page-turning spy thrillers populated with richly rendered characters, you will love Another Man’s Freedom Fighter.

Don’t miss this action-packed read, get your copy now!