You are here: Home / Bargain Books Under $3 / The Heart of a Hussar by Griffin Brady 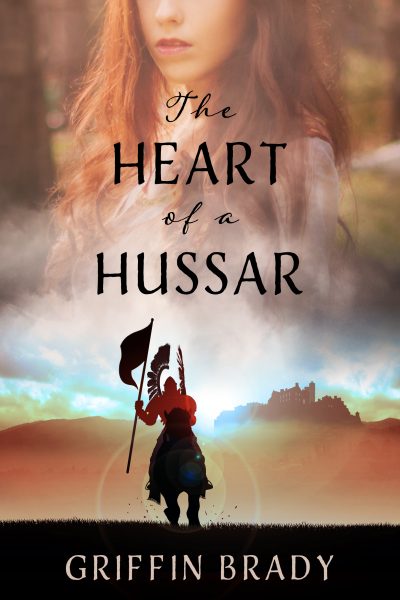 The Heart of a Hussar by Griffin Brady

Exploiting Muscovy’s Time of Troubles, Poland has invaded the chaotic country. Twenty-two-year-old Jacek Dąbrowski is an honorable, ferocious warrior in a company of winged hussars—an unrivaled, lethal cavalry. When his lieutenant dies in battle, Jacek is promoted to replace him, against the wishes of his superior, Mateusz, who now has more reason to eliminate him.

Jacek dedicates his life to gaining the king’s recognition and manor lands of his own. Consequently, he closely guards his heart, avoiding lasting romantic entanglements. Unscathed on the battlefield, undefeated in tournaments, and adored by women eager to share his bed, Jacek has never lost at anything he sets out to conquer. So when he charges toward his goals, he believes nothing stands in his way.

Upon his return from battle, Jacek deviates from his ordinarily unemotional mindset and rescues enemy siblings, fifteen-year-old Oliwia and her younger brother, Filip, from their devastated Muscovite village. His act of mercy sets into motion unstoppable consequences that ripple through his well-ordered life for years to come—and causes him to irretrievably lose his heart.

Oliwia has her own single-minded drive: to protect her young brother. Her determination and self-sacrifice lead her to adopt a new country, a new religion, and a new way of life. But it’s not the first time the resilient beauty has had to remake herself, for she is not what she appears to be.

As Jacek battles the Muscovites and Tatars threatening Poland’s borders for months at a time, Oliwia is groomed for a purpose concealed from her. All the while, Mateusz’s treachery and a mysterious enemy looming on the horizon threaten to destroy everything Jacek holds dear.

What Inspired You to Write Your Book?
I accidentally stumbled into the world of the Polish winged hussars while researching another novel. I was hooked. I fell in love with their rich history of nobility, discipline, and valor and immersed myself for weeks in Poland among historians in the very locations in the novel. The more I learn, the more inspired I am to bring their underrepresented stories to light.

How Did You Come up With Your Characters?
For years, I've read for my own pleasure and know what types of characters appeal to me. After researching this time period, the characters melded in my mind. They got stronger as I wrote, and their "voices" came to the forefront.

Links to Purchase Print Book version – Click links for book samples, reviews and to purchase
Buy The Heart of a Hussar Print Edition at Amazon

For joining the author’s email/newsletter list you will get:
Maps, timelines, author notes