You are here: Home / Fiction / Action & Adventure / The Games of Cordella by NineRings 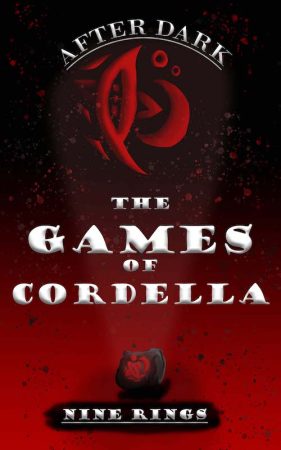 To win the Survival Game, participants must survive for two years in an area known as the Dark Zone, where the forever elusive monsters come out after dark.
Levi once thought that the scariest thing were the monsters, but it turned out that human nature was worse. He is drawn to the mysterious participants called Graphique, around whom he feels the most free. A light of hope in the two years of hell, not made hell by the fact that he’s in the games, but by those around him. An urge for freedom of expression will have its consequences. How will he choose? How will everyone else choose?

Teenagers will be teenagers.

But what will be the consequences of their actions?

Link To The Games of Cordella On Amazon Kindle Unlimited

What Inspired You to Write Your Book?
I wanted to write about the unfair world that we live in and all the subtle discrimination in an abstract manner.

How Did You Come up With Your Characters?
Start by picking a name that sounds nice, then pick another name that sounds nice, then build a personality around said name. I always use mortal and Shadow pairings, with the Shadow often being one that exists in the Nine Rings realm system, eg. Ghost Runes is featured in my other books along with some of the supports Shadow cast.

Author Bio:
NineRings is bilingual Australian Chinese non-binary author who sees the world through very different lens as a result of their upbringing.

Aside from writing, they are a cellist, flutist and artist, stubbornly choosing to create the covers of their novel as ‘it holds a personal connection’.

The story of the universe known as the Nine Rings, developed over many years of spacing out in class and at work, extends across all of their novels under the same pen name regardless of the original language of publishing.