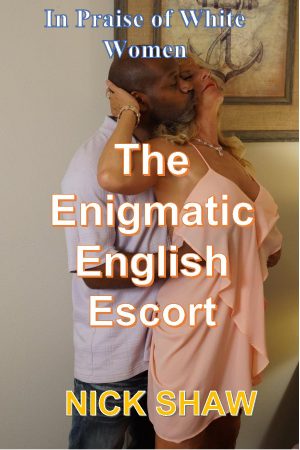 Anne Fitzwilliam, a fiftyish Englishwoman, has inherited a large house in Berkshire as part of the divorce settlement with her ex-husband. The problem is that the estate entails heavy maintenance costs.
Graham Cunningham, a society photographer, makes a lucrative offer. He has a web site featuring his models, offering some of them as escorts for selected well-to-do men. Graham convinces Anne to become an escort. Anne rents an apartment where she meets her clients.
Matters take a turn when she meets a coloured man, an acquaintance of her ex-husband. An initial sexual encounter leads to trysts in France and England. Even though Anne admits that she is bi-sexual, her lover wants a deeper relationship.
Anne is caught in a dilemma when her lover proposes that they relocate to Cornwall. She has another client, a property owner, who has proposed marriage with a pre-nuptial agreement guaranteeing her a lifetime fixed income. She has to, however, cut off relationships with her existing clients. How will Anne decide? Read the book to know what happens next.

WARNING 18+: This book contains material that may be considered offensive to some readers, which includes interracial relationships, graphic language, explicit sex, and adult situations.

Link To The Enigmatic English Escort On Amazon Kindle Unlimited

What Inspired You to Write Your Book?
I have always wanted to write a book about an Englishwoman since I have always been inspired by their female beauty. There is a type known as an English Rose: a fair-skinned face with slightly rosy cheeks and red or blonde hair. My inspiration was fired by the ideal of a lady of class who was cool on the outside and a sexual tigress in bed. In effect, my book is an ode to the beauty of Englishwomen.

How Did You Come up With Your Characters?
My main character, Anne Fitzwilliam, is based on an English escort that I actually met. The first encounter was one of sex for money but then we gradually developed a relationship. As in the book, my real-life escort had to choose between a marriage of convenience that offered her security and her personal liberty. She opted to marry a rich, old man and it broke my heart never to see her again. Writing this book was a form of self-therapy because it enabled me to relive my experience with my favourite escort.

Link To The Enigmatic English Escort On Amazon Kindle Unlimited