You are here: Home / Fiction / Romance / The Attraction File by Elizabeth Lynx 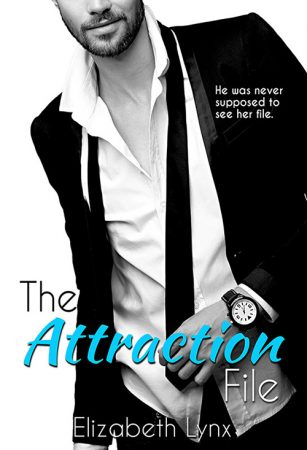 Evaleen Bechmann is too busy running Human Resources for the billion dollar company, Mimir, to even consider dating. As for emotions, she refuses to discuss that too. It doesn’t matter anyway. She’s invisible to men, especially one man in particular. Evaleen is fine with that. Not everyone gets their happily ever after, that’s only for novels.
Edgar Mirmir is a Nordic god to some, a tech-savvy genius to others, and to women – he is everything they desire. His life should be perfect, and everything he has ever dreamed of… only it’s not. One woman haunts him. When he first saw her, her electric blue eyes shone with defiance, fear, and sorrow. He wanted to reach out to her, but she disappeared. Until one day he turned around and there she was.

Link To The Attraction File On Amazon Kindle Unlimited

What Inspired You to Write Your Book?
Evaleen Bechmann was based on me in my 20's. She is jaded and has been hurt by men. I wanted to give her a man, that on the outside seemed like the worst choice for her, but on the inside was her knight in shining armor.

How Did You Come up With Your Characters?
Evaleen Bechmann and Edgar Mimir were originally a part of a character blog I had on my website. I never expected to write a full length book about them but I gained some fans of the character blog, called Payne in the Blog, and they begged for me to write about Evaleen and Edgar.

Author Bio:
Elizabeth Lynx writes romantic comedy with steam. She's a recovering comedian. Wife and mother of the male species. Believer in love & laughter. Her life consists of preventing small catastrophes and wondering if a day will exist when she doesn't have to fold laundry.

Link To The Attraction File On Amazon Kindle Unlimited