You are here: Home / Bargain Books Under $3 / Mark of the Medallion by Mike Shelton 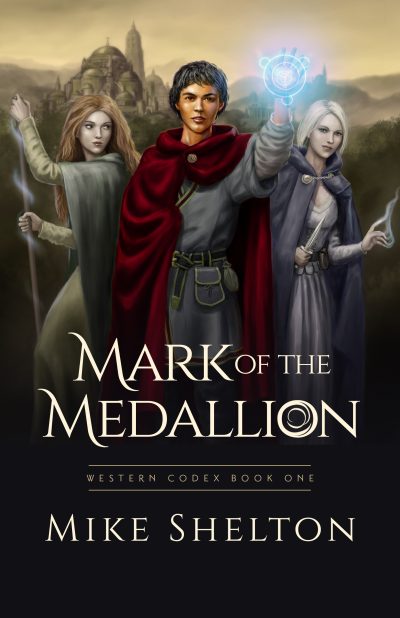 Mark of the Medallion by Mike Shelton

He lost his family…

…He’s got voices in his head.

And he’s more powerful than they ever imagined.

Fifteen-year-old apprentice Kyril is sick of being bullied. And after a tragic fire leaves him orphaned with out-of-control thoughts and powers, he can’t wait to escape constant taunting at the wizard academy. So when a dicey faction entices him with companionship, he ignores the grim warning signs.

Even as Kyril’s power grows within the group, he’s left out of the crew’s dangerous plans to derail the authorities. And when being accepted comes at the expense of making questionable choices, he fears his newfound friendships aren’t worth the deadly price.

Can Kyril master his new magic before his shady companions send him to his doom?

Mark of the Medallion is the spellbinding first novel in The Wizard Academies YA fantasy series. If you like sword and sorcery, enchanted adventures, and suspenseful coming-of-age stories, then you’ll love Mike Shelton’s action-packed tale.

What Inspired You to Write Your Book?
I wanted to write a book in which someone starving for attention was taken in by someone whom he trusted. And then things turned out not to be what they seemed.

How Did You Come up With Your Characters?
I wanted characters that were vulnerable in many areas, but powerful in at least one. Someone who could reise to the occasion and do more than they or others thought they could do.

About the Author
Please join this author’s email list

For joining the author’s email/newsletter list you will get:
Free books