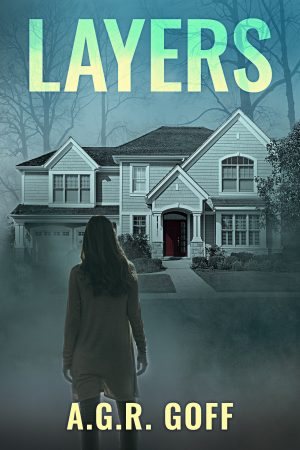 Letting Miranda into his house is a big mistake. But ageing comedian Dave also has some secrets. Maybe she should have never come looking for answers. As this story about murder, betrayal and dark desires unfolds, things take an unsuspected turn. Things from the past find their way back to the surface and the dead might not be so dead after all.

What Inspired You to Write Your Book?
I watched Harry Potter and liked Alan Rickman. This made me think about older actors and the story started from there.

How Did You Come up With Your Characters?
They just pop into my head when I watch people

Author Bio:
A.G.R. Goff is an award-winning author who just published her third novel "Circle", a psychological thriller and the second book in the "Mind Games" series. Goff grew up in East Germany and has since lived in South Africa and the United Kingdom. She is married to an English guy and enjoys a good sense of humour and unexpected adventures. When she is not writing or travelling she plays the saxophone.