You are here: Home / Fiction / Fantasy / Her Beautiful Nightmare; Book One: Sorrow’s Child by David Glavin 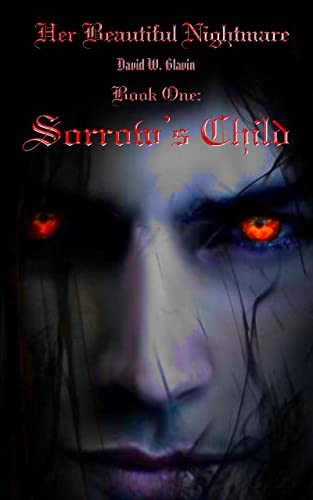 A dying race of gods and their plan for a new lineage brings forth the creation of two worlds in different universes. One is the reality where no humans exist, but creatures seen in our religions, fairy tales, legends, and lore reside called Wintertraum. Fate and Destiny beings gods, and Sorrow, the God of Shadows. The other realm is Fruhlingstraum, the world of humans.
A nineteen-year-old woman trying to find her purpose in life unwillingly journeys to Wintertraum as a pawn of Lucifer, a narcissistic angel demi-god in that reality. Being a woman with great acceptance of the things she has experienced in her short life and being strong of mind and body, it is not so easy to break her. However, with the help of some mystical creatures that become the family she never really had, she will attempt to take a different path than Lucifer has planned. She must find her true self and accomplish an almost impossible feat before something darker destroys all of existence.

Link To Her Beautiful Nightmare; Book One: Sorrow’s Child On Amazon Kindle Unlimited

What Inspired You to Write Your Book?
I was posting dark poetry on Poetbay.com. A writer there told me I should write a novel and quit doing these small pieces. I respected her opinion a lot and it sent me on a six-year journey.

How Did You Come up With Your Characters?
Being an older man who has been on a bit of a journey, I have met many different people and been in many situations. My characters come from those experiences and my inner demons.

Author Bio:
Being a child with mental issues made it hard for his parents to cope with him. So, David left home at age sixteen to begin his journey.
Through drugs, alcohol, and the Divine, he tried to find meaning, purpose, and peace. Instead, those things awarded him mental institutions, prison, and homeless shelters. These situations did allow him to meet a multitude of personalities. He experienced the vilest to the purest of hearts.
David used dark fantasy to express what he had cultivated through drawing, painting, and poetry. The poetry brought him to Poetbay.com. Writers there helped him grow and set David on the path to writing the dark fantasy novel "Sorrow's Child." The begging of a trilogy; is a narrative of what he came to believe about people, life, and higher powers.