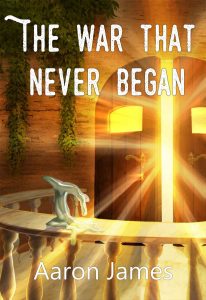 About The War That Never Began by Aaron James

At the end of time, mankind is reeling from the intentional release of the Devil. Jesus has been King for 1,000 years, and his monarchy rules over the entire planet, enforced by millions of immortal saints. Two parents are caught in the middle, as their daughter sides with the enemy, in hopes of regaining control over their Earth once more. But can they ignore the phrophecies about Satan, or is it only propaganda to keep them in line? War is on the horizon!

This Christian Focused book is available in these Formats: eBook, Print