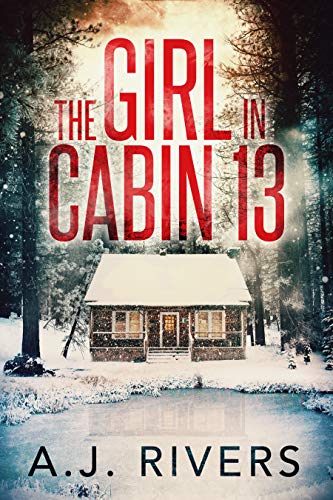 Knock…Knock…
When Emma finds a dead body on her porch with her name written on the dead’s man hand she uncovers a sinister clue to the mystery that has haunted her since childhood.

FBI agent Emma Griffin is sent undercover to the small sleepy town of Feathered Nest to uncover the truth behind the strings of disappearances that has left the town terrified.
To Emma there is nothing that can lay buried forever. Even though her own childhood has been plagued by deaths and disappearances.
Her mother’s death, her father’s disappearance, and her boyfriend’s disappearance. The only cases that she hasn’t solved.
Her obsession with finding out the truth behind her past was what led her to join the FBI.

Now, she must face what may be her biggest case. In Cabin 13 there lies an uneasy feeling. The feeling of her movements being watched.
When a knock on her door revealed a body on her porch and her name written on a piece of paper in the dead man’s hand. Suddenly her worlds collide.
With the past still haunting her, Emma must fight past her own demons to stop the body count from rising.
The woods have secrets. And this idyllic town has dark and murderous ones.
Either she reveals them or risk them claiming her too.

In Feathered Nest, nothing is what it seems.
The Girl in Cabin 13 is about to find out that the dead may have secrets of their own.

Get This Thriller Book From Amazon.

Author Bio:
Ava James loves all things mystery and thriller. Growing up in a sleepy small town, Ava James spent her days enthralled in crime solving novels and movies. She started creating stories at a young age to escape and create adventures for herself. As a child she dreamed of solving crimes and becoming a crime fighter. She dreamed of being as great as her favorite crime solving character Sherlock Holmes. While in college she realized that leading a crime fighting life might be more gruesome than she could stomach. She decided that the best course of action would be to fuse her love of writing with her love of thrilling mysteries together.

She finds inspiration from researching true crimes and is passionate about writing suspenseful novels with crazy twists. Twists that you’ll never see coming. The inspiration for her first novel came when she read a news article about a missing young woman in a small town that was never found. Her question on who, what, and why brought her to her journal to discovering the dark twisted story behind the disappearance and to seek justice for the victim through her writing.

Her thriller novels have elements of mystery, suspense, and romance.
When she’s not absorbed in a novel or working on her next thriller mystery, her favorite past time is spent with her husky. She finds great inspiration while going on hikes with her dog.