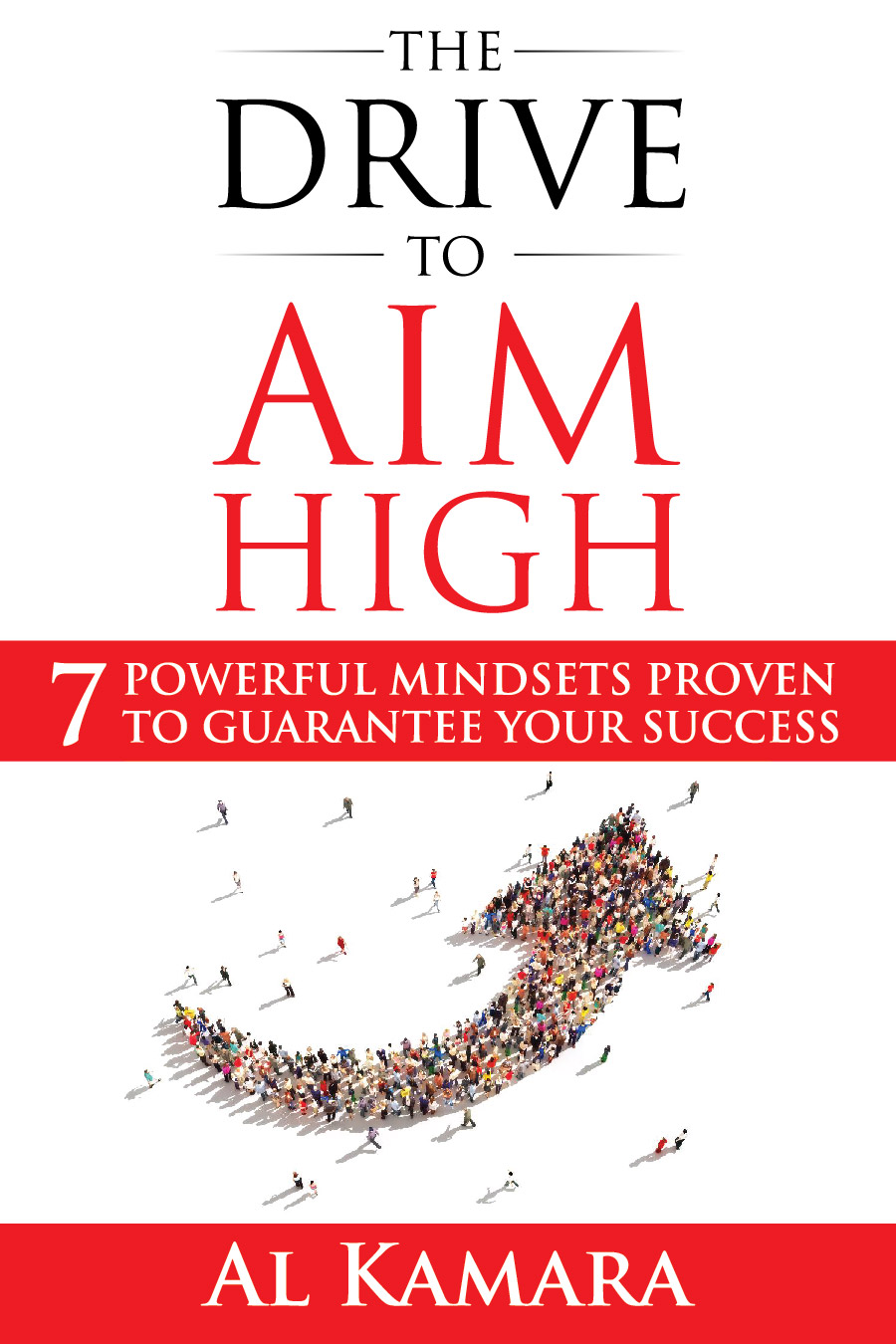 About The Drive To Aim High: Seven Powerful Mindsets Proven to Guarantee Your Success by Al Kamara

Where Do You See Yourself In 3 Years?
Are you on track to achieve your goals?
Or, do you find yourself constantly frustrated with your progress?
If you’re reading this, then you probably want something better.
And that’s exactly what you are going to get.

“We Are What We Repeatedly Do. Excellence, Then, Is Not An Act, But A Habit.”

Learn How To Aim High & Become The Most Successful Version Of Yourself!
By the end of this eye-opening leadership book, you will be able to develop the Seven Powerful Mindsets that will not only help you overcome obstacles, but also develop the habits of success.
Instead of wasting the most productive years of your life chasing other people’s dreams, you can finally start your own business adventure. And the only way to do it is to… Aim High.

From Prophecies to Business Success
Al Kamara’s life story has everything you would never want and one thing that you would love to have.
Born in a country devastated by Civil War, Al Kamara was not set for success. His tiny village near Monrovia in Liberia is not where multimillionaires and top entrepreneurs are born. Well, it is now.

When Al was born, his mother told him that one day he would “Become A Big Man.” That simple yet very powerful statement shaped Al’s destiny, but even more importantly, became the foundation for the seven mindsets that guaranteed he would succeed even though he had almost nothing to his name. These mindsets helped Al firmly believe that he could achieve anything. As a result, he decided to pursue even his wildest dreams.

Today, after graduating from college, working for some of the top companies in the world, founding his own successful company, and fulfilling his mother’s prophecy, Al has decided to share his secret formula.

And there is only one ingredient. Proper Mindset.