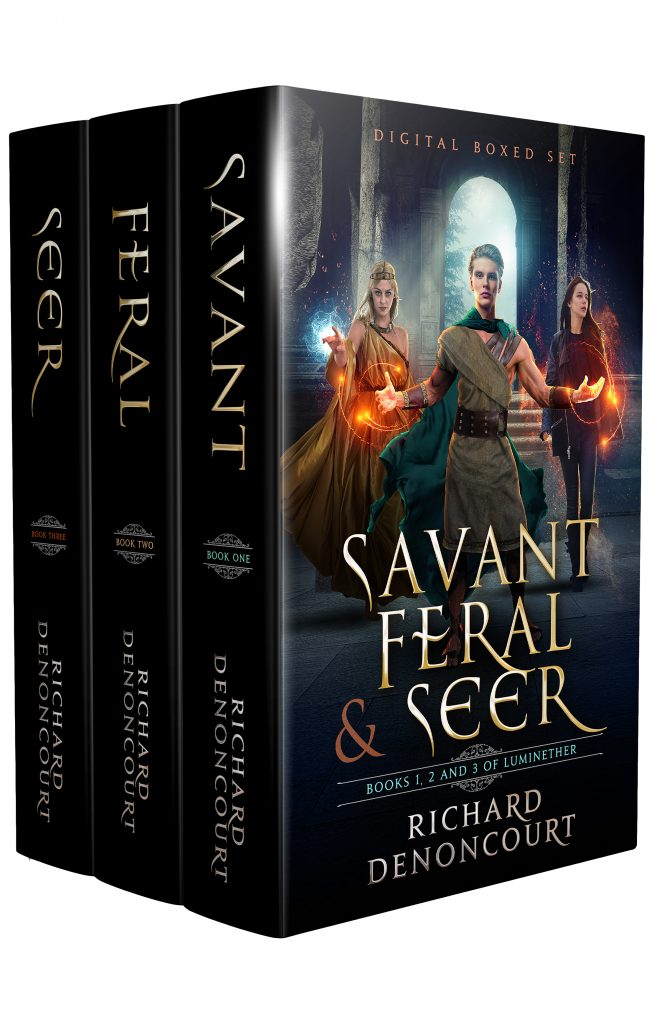 About Savant, Feral & Seer: The First 3 Books in the Luminether Epic Fantasy Series by Richard Denoncourt

The last demigods will soon be extinct, unless Milo Banks can tap into a power of legend he never knew he possessed…

Milo Banks thought he was a regular nerdy kid from New Jersey, until the day he launched a fireball to save his twin sister’s life.

Since then, nothing has been the same. After finding out his parents are demigods from another world – and then watching them die – Milo becomes trapped in Astros, a realm where horses can fly, people can shapeshift into animals, and Herculean warriors can punch through concrete walls.

The enemies that killed his parents are coming for him, and only by banding together with a ragtag group of gifted orphans can Milo hope to survive and make contact with a secret army once built by his parents to protect the world, an army desperately in need of a leader…

If you’re a fan of heroes like Harry Potter, Luke Skywalker, and Percy Jackson, then cross dimensions into the techno-magical world of Luminether. See why fans describe Milo, Emma, and their gifted orphan friends as “unique” and “unforgettable,” and the world of Astros as “unlike any other.”