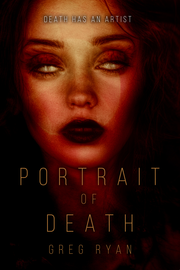 A female serial killer is so obsessed with art that she finds her ultimate purpose in the desire to paint portraits of her victims in the midst of their death. That’s the challenge facing brilliant but flawed detective Nathan Pearson who finds the case hits remarkably too close to home.

Former Chicago detective Nathan Pearson just wants to move on with his life and leave the police life behind him. But with serial killer Mona Pruitt, also his ex-girlfriend, being locked up in a mental hospital for painting a portrait of a dead male at the center of Millennium Park, is going to force him back into the life he swore he left behind. When FBI agent Melissa Thornton shows up at his home to recruit him, he’s going to have to fight his distaste for law enforcement and saving lives.

Soon Nathan finds himself on someone’s hit list. But he’s not the only target. Mona is too, and Nathan quickly learns nothing is as it seems. One thing is clear: Nathan has to visit Mona, she is still obsessed with him, and she may be the only one who truly knows what is going on. Now, as the death toll starts to rise and time running out, somebody close to Nathan or Mona is on the line, Nathan knows his only chance is to keep visiting Mona. But Mona will prove how horrifying and unpredictable she can be while locked up.

This all leads to a twisted and shocking turn of events that will make Mona Pruitt the next deadly famous artist.