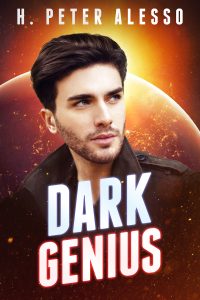 About Dark Genius by Harry Alesso

A sci-fi techno-thriller – a quantum computer, the dark web, cyber-terrorists, and murder.

After his past academic failures and egregious family circumstances, Andrew Lawrence is looking forward to a fresh start solving the secrets of the universe. But before he can begin, his world turns into a lie. Everything is torn away from him and he's embroiled in an international fraud investigation involving quantum computer hacking and murder.

Dodging the FBI while hiding from cybercriminals, he's forced into the underworld of the dark web, anonymous encryption, and AI financial transactions. While trying to throw off the ghosts of his haunted past, he must run faster and faster to evade shadowy killers.

Despite troubled personal relationships, the ego of rivals, and the threat of terrorists, Lawrence perseveres on his quest to redeem himself.