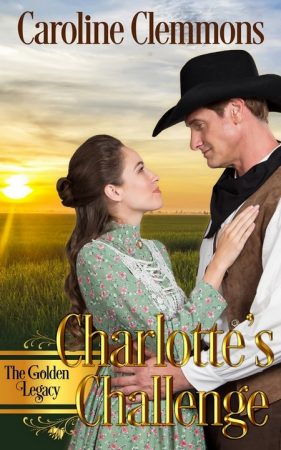 Widowed mail-order bride Charlotte Dunn struggles to save her ranch from a vicious neighbor.

Bret Craig is a descendant of one of the crew of The Golden Fleece. Over a century ago the merchant ship had prevailed against pirates carrying a treasure of cursed Inca gold. The legacy promises retribution against anyone who misuses the treasure. Bret has heard the story all his life but he believes the tale is a myth and that he’s in no danger if he spends the money selfishly. Ignoring his sister’s warning, he sets out for a grand adventure heading west.

Widowed mail-order bride Charlotte Dunn is in danger of losing the family ranch. She lost her husband to a rustler’s bullet when half the cattle were stolen and both ranch hands were killed. When she and her stepsons rescue a man who fell from his horse, they learn the man has amnesia. From his saddlebags, they determine his name is Bret Craig. Charlotte nurses Bret, manages the ranch, and cares for her three stepchildren she loves. No sooner does Bret regain his memory than they discover the remainder of the ranch’s herd has been rustled.

Bret re-evaluates his priorities in order to embrace the love blossoming between Charlotte and him. Can they save the ranch and recover the stolen cattle?