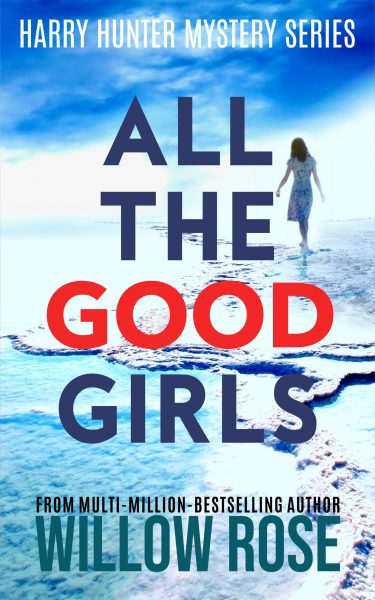 About Featured Book: ALL THE GOOD GIRLS by Willow Rose

Detective Harry Hunter of Miami PD’s homicide squad throws himself into a case no one asked him to solve.

Four teenagers from one of Miami’s affluent neighborhoods are murdered on a boat. Another is found in a dumpster. All five of them go to the same school and are on a list of witnesses to another crime.

Because he’s in bad standing with his boss, Harry is given the task of protecting a possible future victim, but Harry isn’t always known to follow his boss’s orders.

Soon, he’ll risk everything while racing to stop a killer who has left everyone else in the homicide squad shaking in terror.

ALL THE GOOD GIRLS is the first book in the Harry Hunter Mystery Series and can be read as a standalone.

This Mystery book is available in these Formats: eBook