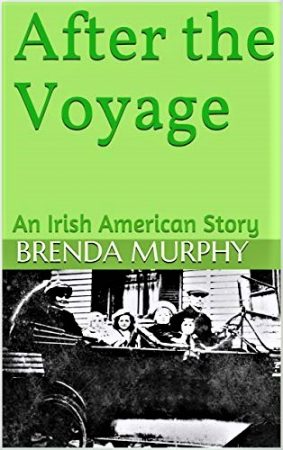 At the heart of After the Voyage is an arranged marriage poisoned by well-intentioned lies. From different counties in Ireland, Maggie Qualter and Richard Terrett both sail to America as young adults in 1870 after surviving Ireland’s Great Hunger as children. Maggie works as a maid for a wealthy family. Richard finds work in a tannery. After the death of the young wife he loves passionately, Richard marries Maggie with the help of a deceptive go-between. They raise three children in the midst of Irish American culture, the Catholic Church, and Richard’s battles for the workingman in the Knights of Labor. Daughter Mary dreams of being a nun, while Josie seeks the freedom of big-city life in Boston. Neither reckons on the future she will face. Son Tom escapes factory life by joining the Navy, manages to see the world in the midst of two wars, and comes home to marry his sweetheart and start a new life. Their stories are both remarkable and familiar to everyone whose ancestors made their way to and in America.

The events in the Terretts’ lives are as they emerge from the public record. But their inner lives, their thoughts, their relationships, their words are imagined as a route to understanding these five complicated and fascinating people.