You are here: Home / Bargain Books Under $3 / Dark Descent into Desire by J. J. Sorel 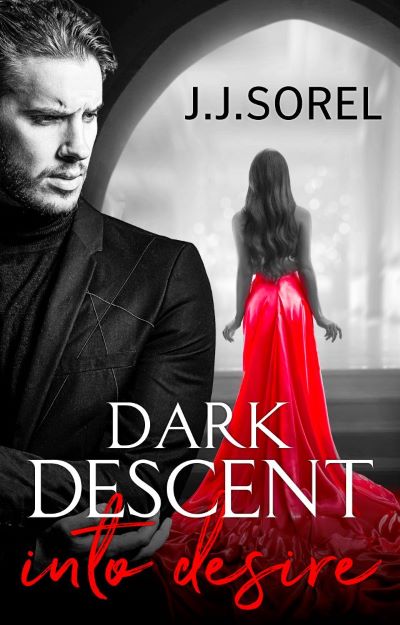 When Blake Sinclair, an enigmatic, handsome billionaire meets Penelope Green at an exhibition selling her work, he becomes not only spellbound by her beauty, but by her art. Her entrance into his life, other than evoking steamy passion, opens up a part of Blake hidden from himself. She manages to go where no one else has ever gone: to the heart and soul of this damaged man.

Sinclair soon finds himself swimming in uncharted waters. Although he’s not new to addiction, this time it’s not just sex that’s got him in its tantalizing grip, but something deeper and more powerful. Penelope’s not only a hot temptress, but a kindred spirit who knows what “dark” feels like. When he learns that she too has secrets, Penelope becomes his obsession. His need for control is constantly challenged by her feisty independence, feeding an unhealthy desire to possess her.

Blake soon discovers he’s being pursued by Dylan Fox, a nasty character who grew up terrorizing him as a boy. Now running a criminal empire, Fox drags Sinclair into the center of a sex scandal involving the rich and powerful. Whilst being pursued by a criminal gang, Sinclair works behind the scenes on a dangerous exposé, involving big names, to clear his name and to protect Penelope and his freedom.

What Inspired You to Write Your Book?
My love of the classic gothic romance, and a desire to write a modern-day romance set against a changing landscape—from a castle in a misty forest surrounding the windswept moors, to an opulent setting in London, where a filthy rich bachelor indulges in as much debauchery as his addiction can take while hiding behind a screen of sophistication.
I also wished to explore a character's rise from poverty to wealth, and how his damaged upbringing had him escaping into the arms of pleasure, only to be left empty. It's not until he meets a woman who, although her background is as dark as his, is pure and inexperienced. He takes her on a journey, descending into unbridled lust only to discover that not only is his body addicted, but also his also heart and soul.

How Did You Come up With Your Characters?
For Blake Sinclair, I blended some of James Bond's charisma and Edward Rochester's broody cynicism with a man who's running away from a shameful past. He uses sex as an escape and doesn't believe in love.
For Penelope Green, a talented artist, I channeled a determined young woman, disciplined and responsible, who due to caring for her mother missed out on a childhood. When it comes to men, she is very inexperienced due to working hard to gain a scholarship instead of partying and boy-hunting. She's outspoken, expressive, and reveals her deeper self through her richly symbolic art.

For joining the author’s email/newsletter list you will get:
Free novella