You are here: Home / YA - Fantasy / Wicked Magic by Margot de Klerk 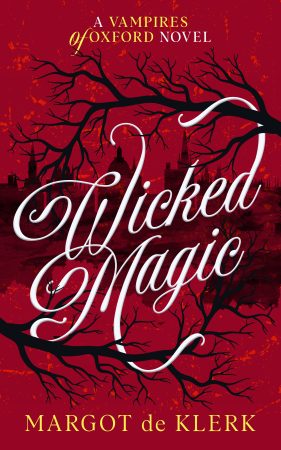 Hunters are supposed to hate vampires—but everyone will betray their people for a price. Nathan is about to discover his.
Nathan is a vampire hunter on the cusp of graduation. He’s been training for this his entire life: the moment he qualifies and joins the rest of his family in their noble calling.
If only it were that simple.
His grades are a mess, his social life is a disaster, and what’s worse, his best friend is a witch! Add to that, his vampire uncle is back in town and his crush might just be supernatural too, and you have one big melting pot of potential parental disapproval. Nathan doesn’t think he can take much more, and then the dark mages come to town.
As bodies begin piling up in the streets, Nathan finds himself pulled deeper into political intrigue and a deadly plot that will pit him against his own family. When the girl he likes comes under threat, Nathan races against time to solve the mystery… well aware that with every step he takes, he comes closer to his father exposing all his secrets.

What Inspired You to Write Your Book?
Wicked Magic is set in a world I’ve been developing since 2014. It was inspired by my time at Oxford University and my love of languages and history. Weaving together great locations, rich history, and fascinating creatures is my passion. Throw in a dash of magic, and you have the perfect escape from real life.

How Did You Come up With Your Characters?
Most of my characters walk into my head fully formed. They’re like real people, demanded their stories are told. This was especially true of Nathan. From day one, he had such a strong voice. I just had to write his story.

Author Bio:
Margot de Klerk is an author of all things paranormal fantasy. She is most often found in her favourite coffee shop typing furiously on her computer with an iced late at hand. When not writing, she enjoys photography, travelling, sewing, and various sports.