You are here: Home / Fiction / Science Fiction / The Johnson Project by Maggie Spence 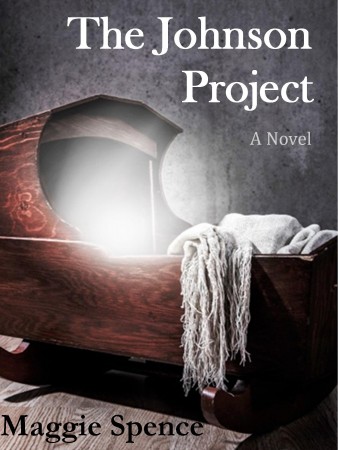 The Aqar virus has infected every female on the planet and left only one lasting consequence: Infertility. No more babies. The end of the human race is imminent until a renowned fertility specialist finds the cure but he’s not ready to let just anybody become a parent. Ted Johnson and his family have formed a team to decide which couples have earned the right to be called mommy and daddy. Their expectations are steep. Their motives are questioned. Their lives are threatened. The Johnsons never considered procreation a right, rather, a privilege. The world fights back.

Link To The Johnson Project On Amazon Kindle Unlimited

What Inspired You to Write Your Book?
Every time I read an article or see a newscast about an abused child, I wonder why they let just anybody have a baby. There are horror stories that are honest-to-God true, kids living in horrible situations. Worse, kids dying at the hands of those who should be protecting them. I look at the worldwide atrocities against children; trafficking, prositution, slavery and miserable living conditions. Anyone with a heart wants to help but how? Somehow I got it into my head that if children weren’t so easy to create, maybe, just maybe, the tide would turn. Over the course of many years, The Johnson Project came to be.

How Did You Come up With Your Characters?
Everyone has to have a past.

Book Excerpt/Sample
In the comfort of Ted and Audrey’s great room, the doctors from the practice and their spouses watched in silence as the story unfolded globally via television, internet, Twitter, Instagram, Facebook and every social medium in existence. A team at the Carrel Institute officially broke the news at 7:17pm Central Time Zone with a statement from Pierre Charbot, one of Ted’s contemporaries in the field of high risk reproduction. There were no regularly scheduled programs to be watched that night. The whole world hung on the scraps of information that eked out slowly from the few knowledgeable sources. At some point, Ted excused himself to take a call while the others listened to the somber reporters all trying to break something new, reveal more detailed analysis than the other stations. Many reporters struggled for composure as they read from their Teleprompters after hearing from experts who offered little hope. Ted returned from his call and hit the mute button on the television. He stood and spoke with uncharacteristic gravitas. “That was Lily. She’s at Carrel with Pierre Charbot. It’s been confirmed. We know for certain that no one, on this planet, has conceived artificially or naturally in the last six weeks.”
“Is it everywhere? Worldwide?” Roman asked, his wife sat next to him with a dazed look.
“Yes.” Ted confirmed. “All continents. Although parts of Europe haven’t had a conception in at least eight weeks. Tracking it down to one area to find the cause is going to take some time if at all.”
“So the virus is airborne?” Khan asked.
“Most definitely. The spread must have been immediate, within days as far as we know so far. It’s a bug, an airborne viral infection. The CDC is calling it the Aqar297 virus. Anyway, everyone has succumbed to this Aqar bug. Every female has it, even young girls, and there are no side effects, no illness, no flu. The only lasting consequence is infertility.”
Zoe was nearly out of her chair. Her husband held her hand. She was in tears. “So I’m infertile?! Me? There’s a cure, right? Someone’s going to figure out how to reverse the effects, right, Ted?”
Ted couldn’t look his partner in the eye. “Lily got to take a look at a test patient they’ve been working with for the last few days and they’ve found an anomaly in her uterine lining. There’s some kind of autoimmune disorder that is making the uterus reject fertilized eggs that try to attach. They aren’t sure if the embryos have been effected by the virus or the just the uterine lining but either way, no one will be getting pregnant.”
“What about the couples who have frozen embryos donated before the virus?” Zoe almost brightened at the thought.
“Lily said that’s their next step. But I have a feeling if the uterine lining is compromised, well… I don’t have to tell you…”
Khan thought he was being helpful when he said, “The doctors in this room should know that you cannot reverse this type of sterility.” His wife, although not a physician, gave him a pained look telling him to shut up which kept him from speaking further.
There was silence except for the sound of Zoe Lakey weeping. Finally Roman made a grim statement. “So, you’re telling us we no longer have careers.”
Ted was astounded. “I’m telling you, Roman, that the end of the human race is imminent. I wasn’t really thinking about our jobs.”

Author Bio:
Maggie Spence is an award winning author from Libertyville, IL where she lives with her husband and three children.

Link To The Johnson Project On Amazon Kindle Unlimited