You are here: Home / Book Buyer's Guide / Buyer’s Guide: The Girl on the Mountain by Carol Ervin 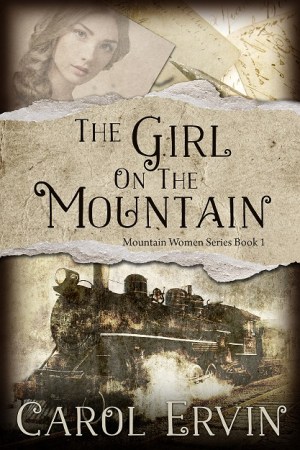 When her husband disappears, young May Rose is stranded in a rough town owned by a company logging the last of West Virginia’s virgin forest. It’s 1899, and a woman alone has few options. Though she arrives in town knowing the names of only two people, she soon discovers she is widely known as the girl on the mountain, the subject of scandalous stories. With no resources but a litter of pigs, she must find a way to save herself from predatory men and survive with respect. She must also protect the homeless child who sleeps with a doll clutched tight and a knife under her pillow.

Link To The Girl on the Mountain On Amazon Kindle Unlimited

What Inspired You to Write Your Book?
The greatest inspiration for my historical series has been the beautiful, rugged West Virginia landscape and foliage, and the old settlers who represented survival and mutual aid at the turn of the century.

Author Bio:
Having many experiences is helpful to a writer: I’ve worked in offices, taught on many school levels from kindergarten to college, written a master’s thesis, traveled, owned a business, and lived and worked on a small farm. Now that I’m retired, I have abundant time to tell stories!

Link To The Girl on the Mountain On Amazon Kindle Unlimited