You are here: Home / Fiction / Mystery/Suspense / The Body in the Bed by Jerold Last 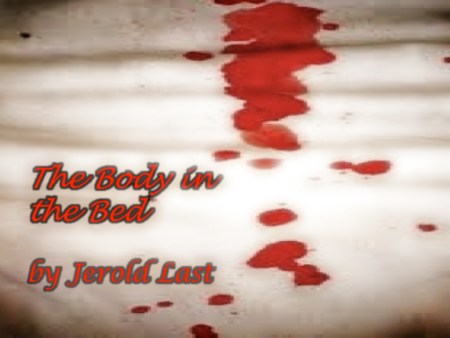 Roger and Suzanne return to Montevideo, Uruguay to attend a festive dinner in honor of their friend’s promotion to police captain. There’s a surprise guest waiting for them when they arrive in their hotel room. Who killed the body they find in the bed? Roger and Suzanne are the lead suspects in a murder, their allies on the police forces of Uruguay and Paraguay may be the targets of a conspiracy, and nobody can be trusted. This fast paced, action filled, story should satisfy readers of the previous books in the series as we renew acquaintances with old friends and enemies. Readers new to the series can enjoy this book as a stand-alone introduction to the region and to the series characters.

Link To The Body in the Bed On Amazon Kindle Unlimited

What Inspired You to Write Your Book?
My first experience of living in Montevideo occurred in 1982, at the end of the Falklands (Malvinas) Islands War between Great Britain and Argentina. This was the beginning of the end for the right-wing military dictatorships in Uruguay, Argentina, and Brazil. I could not help but learn a little bit about Uruguay’s international policies during that time. Those lessons, updated to the present, provide the basis for the plot of The Body in the Bed.

How Did You Come up With Your Characters?
Roger is a composite of the tough P.I.s from the classic mysteries I love to read. Suzanne, at least her professional career, is based on my own experiences. Most of the Uruguayan characters are based on composites of friends and acquaintances I met when I lived and visited there, or fictionalized versions of real people I know.

Author Bio:
The author is a Professor of Pulmonary and Critical Care Medicine at the University of California’s Medical School at Davis, near Sacramento in Northern California. Jerry writes “tweener” mystery books (tough and dark mystery stories that follow the cozy conventions of no graphic sex and no cussing) that are fast moving and entertain the reader, while introducing the readers to a region where he has lived and worked that is a long way from home for most English speakers. He and his wife lived previously in Salta, Argentina and Montevideo, Uruguay for several months each. Jerry selected the most interesting South American locations he found for Roger and Suzanne to visit while solving miscellaneous murders. Montevideo, Salta, Machu Picchu, the Galapagos Islands, and Iguazu Falls are also characters in these books, and the novels portray these places as vivid and real.

Link To The Body in the Bed On Amazon Kindle Unlimited