You are here: Home / Fiction / Mystery/Suspense / The Ambivalent Corpse by Jerold Last 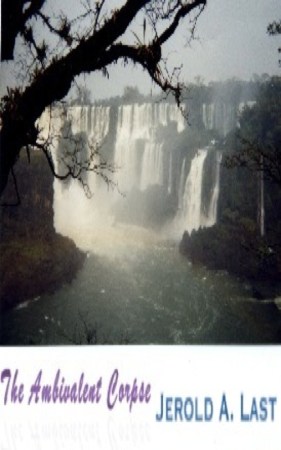 Meet the series characters! In The Ambivalent Corpse, the first book in the Roger and Suzanne mystery series, private detective Roger Bowman and his girlfriend scientist Suzanne Foster find themselves traveling through Uruguay and Southwest Brazil, with additional visits to Paraguay and Argentina, to solve a baffling and grotesque murder case. Parts of a dismembered corpse are found on a rocky stretch of beach in Montevideo, Uruguay, apportioned equally between Memorials to a German cruiser sunk in World War II and to the Jews killed in the Holocaust. Because of the murder victim’s strategic location shared between two antithetical monuments, the Uruguayan press names her “The Ambivalent Corpse”. This fast paced mystery has plenty of action, atmosphere, and sense of place. While the novel is basically a tough mystery story, it adheres to the cozy conventions of clean language and no explicit sex. The novel should also appeal to readers interested in South America.

Link To The Ambivalent Corpse On Amazon Kindle Unlimited

What Inspired You to Write Your Book?
As I’ve explained elsewhere, the physical location of the two monuments described in the synopsis actually exists. As soon as I saw them I knew I had to write this novel. It took more than a dozen years to get to doing it, but here it is.

How Did You Come up With Your Characters?
Roger is a composite of the tough P.I.s from the classic mysteries I love to read. Suzanne, at least her professional career, is based on my own. Most of the Uruguayans are based on composite characters of friends and acquaintances I met when I lived and visited there, or fictionalized versions of real people I know.

Author Bio:
The author is a Professor of Pulmonary and Critical Care Medicine at the University of California’s Medical School at Davis, near Sacramento in Northern California. Jerry writes “tweener” mystery books (tough and dark mystery stories that follow the cozy conventions of no graphic sex and no cussing) that are fast moving and entertain the reader, while introducing the readers to a region where he has lived and worked that is a long way from home for most English speakers. He and his wife lived previously in Salta, Argentina and Montevideo, Uruguay for several months each. Jerry selected the most interesting South American locations he found for Roger and Suzanne to visit while solving miscellaneous murders. Montevideo, Salta, Machu Picchu, the Galapagos Islands, and Iguazu Falls are also characters in these books, and the novels portray these places as vivid and real.

Link To The Ambivalent Corpse On Amazon Kindle Unlimited