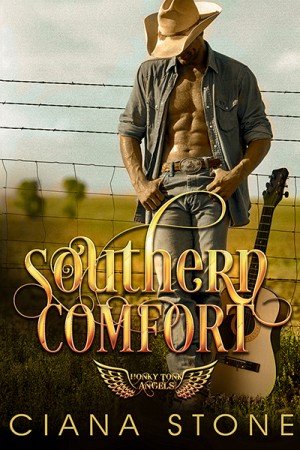 A man hiding from his past and a woman running from hers.

Two people from different worlds who know one another only from what they have shared with one another in Facebook messages. They’ve never heard the other’s voice, or seen a photo.

Analise Becke writes romance with western heroes, men she has dreamed up by combining the looks of her favorite western actor with the qualities she discovers in her online chats with the Texas rancher, Riley Morgan. She’s cooked up more than a few fantasies about Riley over the last year, but knows them for what they are — fantasies of a lonely woman whose marriage is falling apart.

Riley looks forward to the online chats more than he is willing to admit but has never considered asking what she looks like. She’s just an online friend. Yeah, they have a connection, but certainly not enough to even consider that a face-to-face meeting will spark anything other than a solidification of their friendship.

Riley Morgan and Analise Becke are in for a big surprise – actually a series of surprises. Their lives are about to be turned upside down as passion and danger come to Cotton Creek, Texas.

And they say nothing ever happens in Cotton Creek.

What Inspired You to Write Your Book?
Social media has changed the way people meet.I wanted to explore what happened when two people meet who have never seen one another and have communicated only via FB messages.

I also wanted to explore what happens when you come face-to-face with one of your idols. Would meeting them in person destroy your fantasies about them? In other words, IS fantasy better than reality.

How Did You Come up With Your Characters?
I wish I had an answer to that, but the truth is they tend to just appear in my mind.

Book Excerpt/Sample
Distant lightning drew Riley’s attention as he stepped out of his truck in the parking lot of Billy’s Bar. The weather forecaster had damn near crowed with the announcement they had a sixty percent chance of rain tonight. Riley would believe it when he saw it. The drought of the last few months was hurting everyone, ranchers and farmers alike.

Were it not for Cotton Creek, which ran right smack dab through his property, he’d probably have lost a lot of his herd. Now the creek was running lower than it had in the last decade. Hoping that distant lightning was the portend of a house- shaking, gully-washer of a storm, he reached inside his truck for his guitar case.

A dozen or more voices called out greetings the moment he walked into the bar. Riley couldn’t help but grin. Billy’s was the real life equivalent of Cheers. Here everyone did know your name. He returned the greetings as he walked over and took a seat on a stool at the end of the bar.

“What’cha having, Riley?” Cody Sweet, the tiny brunette woman behind the bar grinned at him.

“It’s on the house since you’re playing.”

“Well, in that case…whatever’s on draft.”

Cody chuckled and drew him a beer. “Dad tell you I have my eyes on a new mare?”

“She’s a beaut. I’d like to breed her to Twostep.”

“I thought your daddy said you were gonna get rid of that hellfire.”

“He wants me to, but you know I love that horse. And he’s only mean to people he doesn’t like.”

Riley chuckled. “Which is damn near everyone.”

Cody grinned. “That new fella of yours has me teaching him to rope. Seems he has a hankering to try his hand at rodeoing.”

“Yeah, he has a hankering to try his hand at everything.”

“He is mighty enthusiastic.”

“A couple of weeks. He’s actually got potential. But I wanna pit him up against a feisty beast and I know you got that one cow that’s ornery as a snake, so I was hoping I could ride over Sunday afternoon and round her up. If that’s okay with you.”

This time it was a full-blown laugh that emerged. “Oh no. You, Cody Sweet did not cast aspersions on my skills in the kitchen. Why, if memory serves, the last time I was at your house for dinner-“

Cody tossed a bar cloth at him. “Don’t say it.”

Riley caught the cloth and grinned at her. “Yeah, I’m cooking. Steak and potatoes. Even I can’t mess that up.”

She laughed and snatched back the bar cloth. “Well fine then. I’d love to, Riley.”

They and everyone else in Cotton Creek knew that there was a lot of things Cody Sweet could do, but cooking was not on the list. Unlike her mama and her sister, Hannah, Cody had no talent for cooking. In fact, Billy, her father, always joked that Cody could burn water.

“So.” She leaned over the bar toward him. “What do you hear from Miss Stained Butt?”

“I should’a never told you that.”

“Oh come on, it was funny. And it’s not like I’m gonna tell anyone. But no matter what you say, Riley, I know there’s something going on there. You been messaging with her for forever.”

“Yeah right. You ought to invite her to come down for the annual rodeo and barbecue bash. It’s just around the corner. She might get a kick out of it seeing as how she writes those romance books about cowboys. And oh damn, I almost forgot. I read her last book and god as my witness, every time her hero, Colt, opened his mouth it was you.”

“Along with half of Texas.”

“No, it was you, Riley. I bet you a dollar to a donut she used you as her hero. I think she has a crush on you.”

“But you Facebook message with her more than KC Snapchats with her friends. Which reminds me, are you ever gonna put your picture on your profile?”

“An old guy?” He pretended shock at the comment, knowing full well it was not intended as an insult.

“Well you are old enough to be my daddy.”

“And if I didn’t love you like family, I might even be tempted, so why not add a photo? I’ll take one for you.”

Cody shrugged. “Sometimes you have to let go of the past, Riley.”

Cody’s eyes narrowed for a moment but then she shrugged. “Yep, it takes one to know one, don’t it? You want a refill on that beer?”

“You got any barbecue left? I didn’t have time to eat.”

“I made up some sandwiches for dinner. Wanna split with me?”

“Well, if you’re sure you can survive with just two.”

“For you, I’ll make the sacrifice. Let me run back and warm ’em up. Cole slaw and potato salad? Hannah made ’em both fresh today.”

“You got it.” She refilled his beer and then headed for the kitchen, hollering for her sister. “Hannah, watch the bar!”

Riley grinned and turned to look around. The place was pretty packed, but then it was almost nine o’clock on a Saturday night. Lot of folks looked forward to throwing back a few brews at Billy’s. It was a place to socialize, dance and unwind from the week.

He spotted Otis, Jimmy and Fred on the old stage, setting up. Billy walked up behind him. “So you playing or drinking?”

“Little of both. Cody’s gonna share her dinner with me. Didn’t have time to eat.”

“Cody’s giving you half her food? Now that’s love. Dang if she can’t out eat half the men in Cotton Creek. Her mama spent half her childhood fearing she had a tapeworm.”

Just as Billy was walking away, Riley’s phone pinged in his shirt pocket. He pulled it out and read the message.

Well, it took me a longer than I thought it would but I made it to New Orleans and guess what I just did? I bought a voodoo doll! It’s really ugly but New Orleans is amazing. Have you ever been here? It’s my first time. I’m on Bourbon Street and
I’m stopping at every bar. Not drinking at every one just stopping for a look.

The message was followed by a shot of Bourbon Street. Riley smiled and typed in a response. Yeah, been there a time or two. Quite a place. Good thing you’re not having a drink at every bar or you’d never make it to the end of the street. Have fun. Getting ready to play some at Billy’s.

There was only a few seconds’ delay before her response came in. Sure would like to hear you play one day, Riley.

You should come to the annual Cotton Creek barbecue cook-off in October. Third weekend, starts on Friday and goes through Sunday.

Riley responded and hit the send key, then looked at it in horror. Why the heck had he done that?

This time the response was not instant. In fact, it took so long Riley started to think that not only was Cody wrong, she was miles off base about Analise having a crush on him. Had he just scared her?

When his phone pinged, he was both relieved and anxious.

I just might. I’m going to a writer’s conference the second weekend of September in San Antonio then visiting a friend in the area. Will let you know.

Riley stared at the phone for a moment, trying to decide if he was happy or wished he’d never asked. It wasn’t that he didn’t want to meet her. They were pretty good friends, and truth be told, he looked forward to their messaging conversations more than he’d admit.

But he wasn’t sure he was ready for a face-to-face. First of all, what if she recognized him? Would that change things? And second, what if – God forgive him – but what if she was just downright butt ugly?

That thought shamed him on a couple of levels. It shouldn’t matter what she looked like, and besides, who said she was gonna show up looking for anything other than what they had. A friendship.

Damn if he wasn’t letting Cody mess up his head with her talk.