You are here: Home / Fiction / Mystery/Suspense / Rum, Cigars, and Corpses by Jerold Last 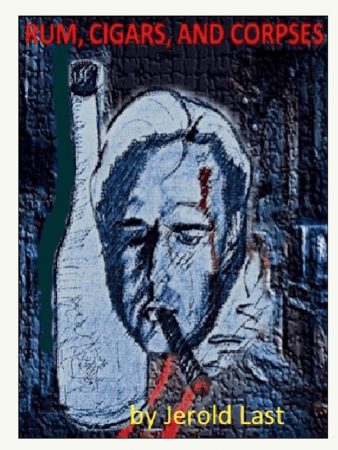 A cancer researcher from California dies in a suspicious accident while touring Cuba. The tour guide, who was fired for negligence, hires Roger to clear her reputation. Roger’s first problem is how to get to Cuba where another complex case awaits solution. Fortunately, he has Suzanne. His second problem is how to proceed in a foreign country where he doesn’t know anybody and nobody knows him. Before long the reader is touring Cuba with our detective couple, very much on their own until they find help from a few unexpected allies. Meanwhile, nobody on the tour is above suspicion, spies may be lurking everywhere, and there aren’t any Internet connections available for tourists. The author has been there, in fact on the same tour Roger and Suzanne take, so the scenery and settings are authentic.

Link To Rum, Cigars, and Corpses On Amazon Kindle Unlimited

What Inspired You to Write Your Book?
The tour and the country, Cuba, itself were fascinating. I wanted to share our experiences in a country where the United States government has banned travel by U.S. citizens for more than half a century with an audience that can go there now if they want to. It also seemed the perfect setting for the plot I had been thinking of for a while.

How Did You Come up With Your Characters?
The book is part of a series. Each book in the series is written as a standalone entry so the books can be read in any order. The same major characters, Roger and Suzanne, are in all the books, and some of the supporting cast appear in some of the books. So I didn't have to reinvent all new characters for each of the 13 books I've written thus far. We may get to see more of one of the new characters in this novel in a later book, because I like some of his talents.

The normal bustle of commerce on the Havana street was abruptly shattered by the loud growl of a revved engine through an ancient muffler, accompanied by the screech of rapidly accelerating tires. The sudden burst of noise was quickly followed by the sickening sound of a body being struck and flung through the air, to land in a motionless heap by the roadside. Just as quickly the old pick-up truck disappeared around the corner in a cloud of black exhaust. While there may have been witnesses, no one stepped forward with descriptions of the event to assist the police in their lackadaisical investigation of this "accident."

Author Bio:
The author is a Professor of Pulmonary and Critical Care Medicine at the University of California's Medical School at Davis, near Sacramento in Northern California. Jerry, a two-time winner of The Indie Book of the Day Award, writes “tweener” mystery books (tough mystery stories that follow the cozy conventions of no graphic sex and no cussing) that are fast moving and entertain the reader. Several of the books introduce the readers to South America, a region where he has lived and worked that is a long way from home for most English speakers. He and his wife Elaine lived previously in Salta, Argentina and Montevideo, Uruguay. Jerry selects the most interesting South American locations he found for Roger and Suzanne to visit while solving miscellaneous murders. Montevideo, Salta, Machu Picchu, the Galapagos Islands, and Iguazu Falls are also characters in these books, and the novels portray these places as vivid and real. Jerry and Elaine breed prize-winning German shorthaired pointer dogs; Elaine also provides technical advice for Jerry’s dog-related novels like The Deadly Dog Show and Hunter Down, as well as editing for all of the books. His most recent novel, Rum, Cigars, and Corpses, is set in Cuba.

Link To Rum, Cigars, and Corpses On Amazon Kindle Unlimited