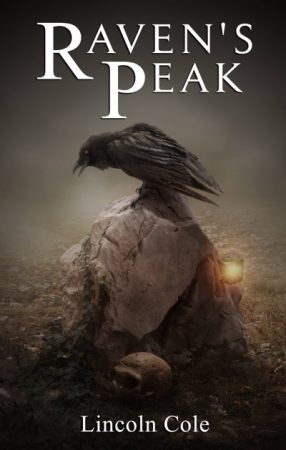 A quiet little mountain town is hiding a big problem. When the townsfolk of Raven’s Peak start acting crazy, Abigail Dressler is called upon to find out what is happening. She uncovers a demonic threat unlike any she’s ever faced and finds herself in a fight just to stay alive.

She rescues Haatim Arison from a terrifying fate and discovers that he has a family legacy in the supernatural that he knows nothing about. Now she’s forced to protect him, which is easy, and also trust him if she wants to save the townsfolk of Raven’s Peak. Trust, however, is considerably more difficult for someone who grew up living on the knife’s edge of danger.

Can they discover the cause of the town’s insanity and put a stop to it before it is too late?

What Inspired You to Write Your Book?
I wanted to write a book about Angels and Demons and tell the story about a strong woman who is battling against evil. The story started small and gradually took on a life of it’s own as the characters did things I wasn’t expecting.

How Did You Come up With Your Characters?
Abigail was the solid foundation for my story and I wanted here to be as real as possible with a lot of depth and personality. Haatim was a perfect counterpart for her because of how clueless he is. I wanted part of her depth to be around Arthur and Frieda and the way in which they took care of her. There is a history to her relationships that she doesn’t yet know.

Author Bio:
Lincoln Cole is a Columbus-based author who enjoys traveling and has visited many different parts of the world, including Australia and Cambodia, but always returns home to his pugamonster and wife. His love for writing was kindled at an early age through the works of Isaac Asimov and Stephen King and he enjoys telling stories to anyone who will listen.