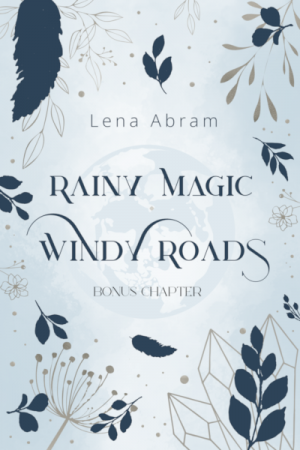 When a new magic dominion appears on the world map, Lila, blogger and traveler at heart, can’t help but add it to her travel bucket list. Especially that it is not a mere utility dominion like transit route or proving ground. Such things do not impress you anymore if you are a creator and have your own little dimension that you treat like a portable store. But an island wandering on the ocean, where grow magic plants that no one has ever heard of and where live people who for centuries have hidden their existence from the rest of the world? There is nothing left but to wait until diplomats sign the proper documents and the authorities of the mysterious island, which internauts call Atlantis, issue an entry permit.

Lila hits the road feeling like a pioneer and explorer of unknown lands. So what if first she has to endure all the inconveniences of magical means of transportation? At least she saved on tickets.

Traveler suspects there are things the Atlanteans do not want to show their guests. What she does not know is that their secrets are not only about Atlantis.

And she certainly does not expect that the guide who shows her around the island will stir desires she has long forgotten.

What Inspired You to Write Your Book?
Too many fantasy books without a satisfying romance plot.

How Did You Come up With Your Characters?
They appeared one day and refused to leave me alone.

Author Bio:
Lena knew that someday she would write a fantasy book. That it would be a fantasy romance book became clear while reading the next epic volumes, when she caught herself more interested in character relationships than upcoming battles (but not more than magic — magic was awesome). Eventually, ideas turned into words and "Rainy Magic, Windy Roads", the first book of "Dominions", series set in a contemporary magical world, was created.

If Lena doesn’t write, she reads books (mostly fantasy novels — what a surprise). She loves travels, winter sports, and walking for hours. She secretly dreams about magic (you wouldn’t have guessed, would you?).