You are here: Home / Fiction / Memories of a Nashville Beauty by Nick Shaw 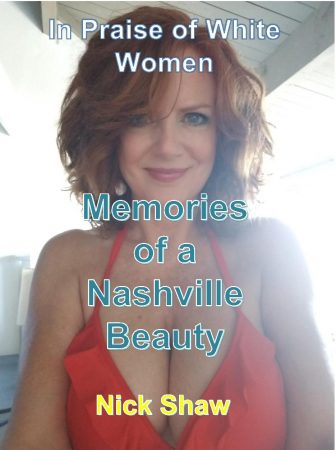 Nick, an Indian, believes in destiny. When he sees Shirley, an attractive blue-eyed American, at Pittsburgh airport, he is immediately infatuated. He feels as if the cosmos has pre-ordained this encounter and he must take the initiative. Sitting next to her on their flight to Nashville, they get to know each other. He tells her about his job in Tabriz, Iran and she tells him about her job at Vanderbilt University. When she offers to spend a few days with him in Tabriz, he readily accepts her offer, feeling that his karma is good.
Back in Tabriz, Nick arranges for Shirley’s visit despite warnings on the risks involved in a country embroiled in political turmoil.
When Shirley arrives in Tabriz, they spend a night together and Nick falls in love with her. Both are soulmates, driven by their professional ambitions and goals. Yet, at another level, Nick is sexually attracted to Shirley who gets turned on by his ardor. While Nick feels that there is more to their relationship than lust, Shirley is non-committal.
They meet over the years in different cities in Europe and the U.S.and the book describes the obsession of a man involved in an inter-cultural relationship.

Download Memories of a Nashville Beauty On Amazon Kindle Unlimited

What Inspired You to Write Your Book?
Having lived through the 1979 revolution in Iran, I wanted to write a book to capture the memories of a world that got turned upside down overnight. I felt that a romantic story set against the backdrop of political turmoil was worth telling.

How Did You Come up With Your Characters?
My main character is a composite of several American women that I met over the years. Having been a fan of Hollywood movies since my early years, I have had this fascination about American women and their behavioural patterns. The other characters are based on expatriates that I met during my years in Iran.

Link To Memories of a Nashville Beauty On Amazon Kindle Unlimited