You are here: Home / Fiction / Romance / Leave Yesterday Behind by Lauren Linwood 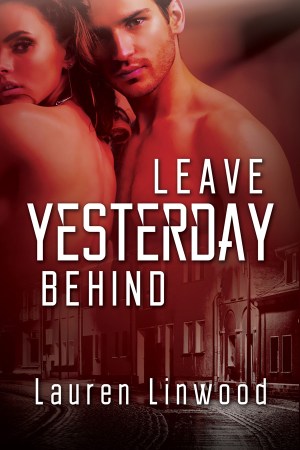 Callie Chennault vaulted to fame on the nighttime soap Sumner Falls, but after a decade of playing the same role, she is ready for a new acting challenge. When Callie is attacked by a stalker on the streets of New York, she takes a leave of absence from the show and returns to her roots in Aurora, Louisiana, to heal both physically and emotionally and determine her next career move.

Former professional baseball pitcher Nick La Chappelle has also come to Aurora to lick his own wounds after a messy divorce. A Cy Young winner and one-time ESPN broadcaster, Nick longs for the quiet of a small town in order to write murder mysteries under a pen name.

Sparks fly when Callie believes Nick is taking advantage of her great-aunt’s hospitality, but they resolve their differences—and surprise themselves by falling in love. Their bond is tested when both Nick and Callie become the focus of a serial killer nicknamed Lipstick Larry. Can they outwit a murderer bent on seeing them dead and survive to build a lasting relationship?

Link To Leave Yesterday Behind On Amazon Kindle Unlimited

What Inspired You to Write Your Book?
I’d come to a crossroads in my writing after publishing 6 historical romances. I still plan to write those, but I wanted to challenge myself and try another sub-genre of romance. I enjoy suspense, and so that’s what I went for!

How Did You Come up With Your Characters?
My heroine is at a crossroads in her career. She’s been on a hit TV series almost a decade, but she wants to do more than be associated with a single character (just like I wanted to be known for more than just historical romance). She’s ready to leave her show, but she doesn’t want to let the cast and crew down and have the ratings tank if she leaves. A stalker attack gives her new perspective on life.

Link To Leave Yesterday Behind On Amazon Kindle Unlimited