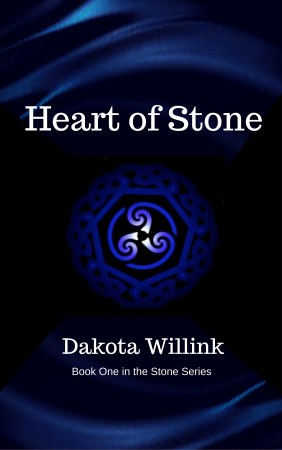 Krystina Cole was a girl on a mission. She had big dreams and aspirations, none of which included a man by her side. She knew better than that – at least until she met Alexander Stone, the New York billionaire real estate tycoon. She saw the way that he looked at her, and the dark promises in his eyes. She was curious about his world and all that it entailed. But the shadows of her past haunted her, making her afraid to explore possibilities that she could never before have imagined…

Alexander Stone was a man who knew how to get what he wanted. He understood the value of finesse, and the importance of patience and diligence to achieve the desired result. He was successful and wealthy, relying on his naturally sharp instincts to guide him through life. But a chance run in with Krystina Cole quickly turned his world upside down. Her quick wit and firecracker attitude was the complete opposite of what he wanted in a woman, and his instincts failed him at every turn…

However, both Krystina and Alexander are clinging to the secrets of their past, and neither of them are willing to compromise. Krystina’s hardened heart makes emotional surrender a hard limit. But for Alexander, revealing his past could have devastating results.

Link To Heart of Stone On Amazon Kindle Unlimited

What Inspired You to Write Your Book?
I’ve always had a passion for reading and writing. From the time I was an adolescent, I enjoyed curling up with a good paperback, reading genres that ranged from thriller and fantasy, to mystery and romance. I dreamed of one day writing my own book, but life and responsibilities had a way of getting in the way. Then one day, I met someone from my hometown that had written a novel and self published. For me, she was inspiring and showed me that anything was possible if you put your mind to it. So I said to myself, I’m going to do this. I pulled out my laptop and started typing the first thing that came to mind.

How Did You Come up With Your Characters?
I don’t remember when I came up with them exactly – they were just always there. I didn’t know their names, but I knew them and their personalities. I just had to give them a story.

Book Excerpt/Sample
After unwrapping the cellophane from the platter, I moved over to the minibar to choose a bottle of white from the wine cooler. I perused the selections, trying to decide what would pair best with the cheeses.

Sauvignon Blanc or Chardonnay? Both will go nicely, but which would she prefer?

I glanced over at Krystina, intending to ask her if she had a particular wine preference. However, she had a look about her that made me pause, and I didn’t want to interrupt the picture that she painted before me.
She was running one delicate hand over the wooden top of my dining room table. She wore a soft smile on her lips, appreciating the craftsmanship of the design. She looked beautiful sitting there, feet up on the chair, seeming completely at ease. And in that moment, I realized that she had never before looked quite like that in my presence. She had never appeared so completely relaxed.
So unguarded.
I stood there studying every beautiful line of her captivating face. Seeing her that way, it was almost hard to believe she was capable of so many smart remarks and witty comebacks. Perhaps her sharp tongue and contentious behavior was a defense mechanism, one that she relied on when she was uncomfortable. If that were truly the case, then I would need to take corrective actions to remedy that problem. I had to calm her, or else I’d never get through the weeks ahead.

Weeks?
Since when do I think long term about these things?

The idea was novel for me and I was stunned to discover that I liked the idea of her being here more regularly. In my space. With me. It was a distressing sort of feeling.

This can all go to hell at a moments notice. Take it one step at a time.

A change of tactics was needed, for Krystina’s sake as well as my own. My normal methods of operation would have to be thrown out the window. Attempting to take control by laying down the law would only backfire, so I began to construct a new plan – one that would make Krystina feel more at ease. Once she was relaxed, I would begin to work on her trust by giving her what she’s been asking for.
Full disclosure.
Krystina would have no doubts about what I wanted from her after tonight. She would know exactly who and what I was. She would either run, or she would stay. If she stayed, then that’s when the true test would come into play – tonight I would discover if Krystina could put away that independent mind of hers long enough to pass her first lesson in submission.
Finally feeling like I had somewhat of a solution to Krystina’s argumentative nature, I turned my attention back to the wine selection. Smiling to myself, I settled on a bottle of Joh. Jos. Prüm Riesling.

I grabbed two crystal wine goblets and went back to the dining room, focused on the mission ahead. I could only hope that Krystina would keep herself open to what I had in mind.

Author Bio:
Dakota Willink is a self employed writer and editor, and the author of Heart of Stone, a contemporary romance novel.

She has always had a passion for reading and writing. From the time she was an adolescent, she enjoyed curling up with a good paperback, reading genres that ranged from thriller and fantasy, to mystery and romance. She always dreamed of one day writing her own book, but had put her aspirations on hold to focus on her family and a career that would pay the bills.

Although she earned a degree in business and had built a solid reputation in retail sales, her heart continued to be with fictional characters – whether they belonged to a favorite author or if they were just stories that she made up in her own head.

In 2013, Dakota gathered enough courage to turn her dreams into a reality. In between playing chauffeur to two very busy children and working her job during the day, Dakota began to put words on paper. Eventually, she began to describe her life as a book. Everything she saw or heard throughout the day, intertwined with her imagination for the creation of future writings. By 2014, with the support of her husband and two children, she gave up the security of a steady paycheck and began working on her first novel full time.

Dakota Willink is a lover of music, and appreciates the power and stimulating effect it can have on the brain. She often uses lyrics and melodies to help her through bouts of writers block. At the end of her novel, you can find an authors note that recognizes and thanks the artists that gave her inspiration.

Dakota resides in the Western New York area, where she enjoys spending time with family, her two Labrador Retrievers, and her spoiled rotten cat. During the summer months, she can often be found on a boat, soaking up the sun on the Great Lakes with her family.

Link To Heart of Stone On Amazon Kindle Unlimited