You are here: Home / Fiction / Thriller / Halfway to the Truth by Anthony Mays 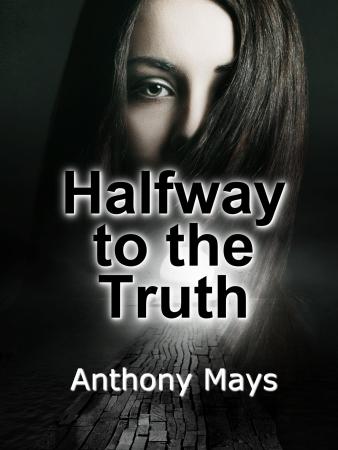 Reese Summers was a small town reporter, that is, until her writing talents were noticed by a Savannah editor. She was quickly offered a job at the Savannah Daily as an investigative reporter. It wasn’t long before she was assigned to start snooping around the Drakos shipping company.
Viktor Drakos had long been at odds with the newspaper and its editor over his company’s safety record and wasn’t happy with her probing into his business. Now, Reese was getting close to discovering a secret that the shipping magnate didn’t want to come to light. In order to prevent her from uncovering his secret, he offered her twice her news salary to become his company’s Public Affairs Officer. Shortly after accepting his offer, she begins to learn that the company is entangled in an international conspiracy and that knowledge threatens to place her life in jeopardy.

Link To Halfway to the Truth On Amazon Kindle Unlimited

What Inspired You to Write Your Book?
Visit to the city of Savannah, GA and watching the huge cargo ships glide down the river toward Tybee Island and the open ocean.

How Did You Come up With Your Characters?
It all started with choosing the right name for the main character – a southern woman (Reese Summers). Because shipping was central to the story, I wanted to use Greek characters. In the Ivory Coast, I needed a local good guy and a bad guy, but also ended up using an unnamed boy as a mini-hero.

Book Excerpt/Sample
When she arrived, she saw a man sitting on the hood of a 1965 candy-apple red Mustang that was in pristine condition. She parked behind the Mustang being careful to leave sufficient room so as not to inadvertently roll into it.
Exiting her vehicle, she noticed her presence was not immediately acknowledged by the man as she approached. Instead, he appeared to be in a trance-like state staring at a big ship negotiating the river in front of them. She suddenly was wondering if this was a good idea.
He spoke to her without taking his eyes off the ship that was now passing by. “Do you know the circulation of the Savannah Daily?” he asked.
Startled by his question, she took up a position standing next to him and looked out toward the river. She spoke as she tried to figure out what was fascinating him so much. “I believe you have a daily number of around 45,000 and maybe 58,000 on Sunday’s.” Shading her eyes from the noon sun she added, “Taking into consideration those papers get passed around, you probably have twice that number reading them.”
He turned to meet her and extended out his hand. “My name is Doug Williams. I see you’ve done your homework. I like that,” he said. “You were a little low on your numbers but close enough. And, you were right on time. I like that too.”
She reached to meet his invitation. “I’m Reese Summers, glad to finally meet you Mr. Williams. I’m ready for that interview with you.”
“You just had it young lady.” Returning his attention back to the waterfront, he continued, “I’d like to offer you a position on our newspaper. I need another investigative reporter. You interested?”
Reese cocked her head to one side thinking, what’s going on here? She was in Savannah, along a river, talking to a fifty-something year old guy sitting on a red Mustang and she was puzzled by his question. He just offered her a job which, under normal circumstances, she would have killed to get and she didn’t know how to answer him. She blurted out the only thing she could think of, “How much does the position pay?” After which she thought, that was really dumb Reese.
“To the point. I like that too,” he said. “You’ll get forty-thousand to start. Show me you’re worth it and we’ll talk a raise.”
He jumped off the hood of the car looking her dead in the eyes. “You in or out?”
“I’ll give you an answer when you tell me what is so interesting out there,” she asked pointing to the riverfront.
“You like boats Reese?”
“I don’t know, I’ve never been on anything bigger than a rowboat. What kind of boat are you referring to?”
“The kind you see out there right now, a super cargo ship. See those containers stacked on top?”
“Yes.”
“Ever wonder what’s inside them? Ever wonder were all that stuff goes?”
“Never gave it a thought,” she said.
“Do you think that’s an assignment you could handle? Being near big ships? Being on the waterfront around a bunch of men who’d like nothing better than to show you what a man they are? You’re a pretty attractive woman. That could work for you or against you. Can you handle being in that situation?”
Reese hesitated for a few moments questioning herself whether she was up to such a task. She then thought about all the female reporters she saw on the Nightly News who reported from countries like, Syria, Iraq, and other dangerous third-world countries. They regularly reported stories that were hard hitting and unpleasant, oftentimes even under extreme circumstances. She then knew what her only answer could be. “Yes, I’m in!” she voiced.
“Good, that’s what I was hoping you would say,” he said, turning and pointing back to the ship. “You see the name on the bow of that one?”
“Looks like Athenos,” she said.
“And underneath that?”
“Drakos Maritime Shipping Company.”
“That’s what so fascinates me Miss Summers. Drakos Shipping. And you’re going to find out why I’m so fascinated with it. Follow me back to the news building. I know you want to give two weeks’ notice to your current editor, but we can at least get your paperwork started.
“I’m curious,” she said, pausing to think about her choice of words. “If this is such a big deal to you, why hasn’t someone already done the story?”
“Because all my good reporters are too well known around here. I needed a fresh face. Someone that won’t be noticed for a while. You know, fly under the radar so to speak. The fact that you also have a pretty face will, in my opinion, get you more answers from those longshoremen than a man’s face would. I hope that doesn’t sound sexist to you, but it’s a fact. Now let’s go, we have work to do.
He got into his vehicle and she got into hers and she followed the Mustang back across the bridge into Savannah. It was soon to become her new home.

Author Bio:
Anthony Mays was born and raised in Pennsylvania. He went into military service at the age of seventeen and retired after serving twenty years. He subsequently completed his bachelor’s degree in Broadcast Journalism from the University of Nebraska at Omaha. Too young to stop working, he made a second career in the U.S. government, enjoying positions for both the Internal Revenue Service and the Department of Veterans Affairs from which he retired again. With his wife, Sherry, he enjoys life with their three children and their significant others, and four blessed grandchildren. They enjoy vacations with the families, but have a special affinity for beaches on the Gulf Coast and Florida. Now, he is excited to begin a third career writing fiction. Halfway to a Southern Heart was his first endeavor of a plan to write novels using the “halfway” theme. His more recent works are Halfway to Uncertainty and Halfway to the Truth.

Link To Halfway to the Truth On Amazon Kindle Unlimited