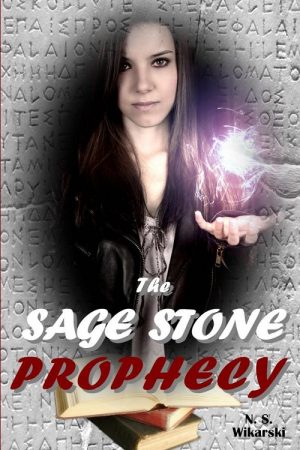 #1 BESTSELLING AMAZON SERIES
THE ARKANA MYSTERIES – Archaeology Adventures That Defy History
Where do you hide a mysterious artifact that has the power to change the world? You scatter clues to its whereabouts across the entire planet. Five objects buried beneath the rubble of lost civilizations point to the hiding place of the fabled Sage Stone. The real adventure begins when a secret society known as the Arkana deploys its agents to recover the relic. They find their quest hampered at every turn by members of a fanatical religious cult called the Blessed Nephilim. The cult’s leader, Abraham Metcalf, believes that the Sage Stone can help him create a terrifying new world order.

Although keeping the relic out of Metcalf’s hands is important, it is even more critical to keep him from finding the Arkana’s troves of archaeological treasure. This cache, which has taken centuries to amass, proves the existence of advanced matriarchal cultures on every continent predating patriarchy by thousands of years. The Nephilim would like nothing better than to destroy the cache and its guardians. The global treasure hunt for the Sage Stone has put the Nephilim and the Arkana on a collision course. The only question is whether anyone will survive long enough to claim the prize.

Volume Seven – The Sage Stone Prophecy
In the series finale, the Blessed Nephilim and the Arkana race to the farthest ends of the earth in search of the Sage Stone’s hiding place. At the same time, mortal danger threatens friends and foes alike as Metcalf pushes humanity to the brink of Armageddon.

The fate of the world hinges on the outcome of a final confrontation, with both factions pinning all their hopes on a prophecy that might not mean exactly what it says. If you’ve followed this saga from the beginning, THE SAGE STONE PROPHECY reveals the answer to the final question. Who will wield the power of the Sage Stone and who will be its victim?