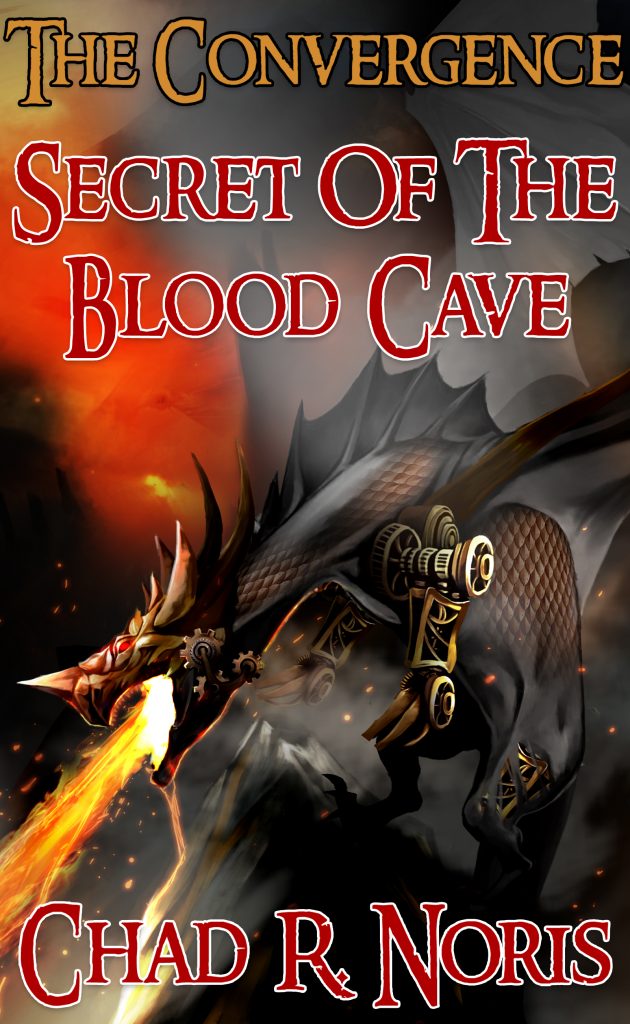 About The Convergence – Secret of the Blood Cave by Chad R. Noris

The timelines were brought together by the cataclysm of a millennia…
It’s been thirty years since the incident and things are finally starting to settle down. Nobles enjoy specimens of illegal dinosaur meat in the black market, future cyberpunks hack the system in the back of dodgy restaurants, and the Age of Magic is alive and well in the form of advanced weaponry. Overlooking them is none other than the Kingdom of Camelot.
Beneath the surface, however, the rebels are still looking for a way to bring the new government to its knees. Sitting above them in the castle that was once Camelot, the Core dictate the five zones behind their masks, unaware of how unhappy their people are. Ryoko, the woman who is like the dragon, is too preoccupied by the storm brewing in the castle. Deep within the vault is a magical artifact, protected by a manner of traps and enchantments, and it grows stronger each day.
When they find out about the artifact and its magical properties, the revolution wants into the castle. Sitting on the frontlines, Kai earned the respect of the rebels with more than his computer skills. And so the plan began to take back what they believe is theirs…

This novel is clean of sexual and harem materials, suitable for all ages.