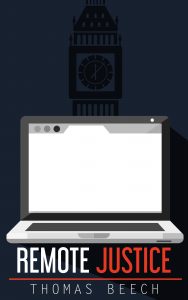 About Remote Justice by Thomas Beech

A terror attack, an accidental arrest of a prolific criminal, and the death of an unarmed teenager at the hands of police in front of the world's media.

London is gripped by a series of bomb scares. Metropolitan Police detectives Michael Page and Jessica Mullins are tasked with tracking down a terrorist who soon becomes the darling of city’s citizens due to his unusual motive. The police employ all the usual measures to catch the perpetrator, but keep coming up short. As the stakes get higher, the police get desperate. It seems as if the bomber knows exactly what their next move will be, and always manages to stay ahead. In the midst of the chaos, the head of a major child abuse ring carries out his work under the noses of the police. Political pressure builds, and the two detectives have to struggle with their own problems whilst trying to free the city from the vigilante. The bomber plays game after game with the security services until the ring around him narrows. A chance realisation allows the police to identify the terrorist. As the police have him almost in their grasp, he disappears. A final stand-off in Trafalgar Square ends in the death of an unarmed teenage boy and the political repercussions are significant.

Remote Justice turns the police procedural on its head, tackling the realities of dealing terror in today's complex, technologically-driven environment.