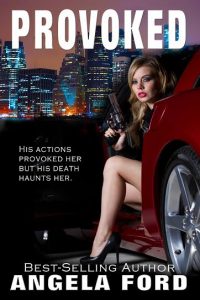 About Provoked by Angela Ford

His actions provoked her. His death haunts her. Did Basia get away with murder?
Basia offers help to three abused women. Adam Crawford owns the Brownstone where these women live. Adam is fed up with the domestic disputes and drug deals in his building. One death at a time puts an end to both.
Six weeks after being shot, Detective Riley has one night of incredible passion and an agreement to first-names-only. He has no idea who Basia really is until he returns to work.The case of a missing woman takes Riley to Adam’s Brownstone and a manuscript titled The Perfect Poison. Could the man be doing more than collecting rent?
Secrets, lies, and hidden agendas bring Riley closer to the truth. The case opens doors Riley wished he’d left closed. Riley has fallen in love. But that scares him more than the horrifying truth he uncovers with the case.

This Mystery book is available in these Formats: eBook