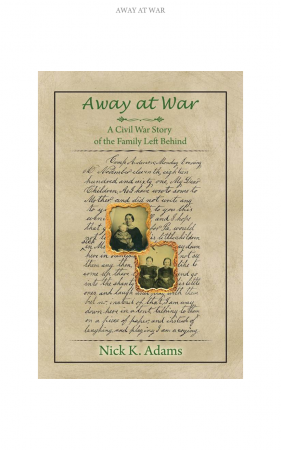 A true story of survival during the American Civil War, which tells of the difficult life on a mid-nineteenth century Minnesota homestead for a mother and her three young children while her husband is away, having answered President Lincoln’s call for volunteers to help preserve the Union.
This historical fiction is based on the one hundred letters the soldier wrote to his family (published as “My Dear Wife and Children: Civil War Letters from a 2nd Minnesota Volunteer”) during his two years of service, which ended with his death at the Battle of Chickamauga in Georgia.
Minnesota’s seasons dictate the activities of Minerva Griffin and Alice Jane (7), Ida May (5), and infant Edgar Lincoln: fall harvest, winter withdrawal, spring planting, summer garden and haying, and a return to fall harvesting. Even with the help of family and friends, the hardships and responsibilities are almost beyond them, but the only support Brainard Griffin can provide is in the weekly letters he writes, and the small amounts of money he is able to send.
“Away at War introduces the reader to the terrible impact, the pain and anxiety, and the untold suffering war causes family members left behind. A moving chronicle of the experience of war and a compelling story with relevant historical references. Well-crafted, reads like a real piece of history!” 5-Star Readers’ Favorite Review

Download Away at War: A Civil War Story of the Family Left Behind