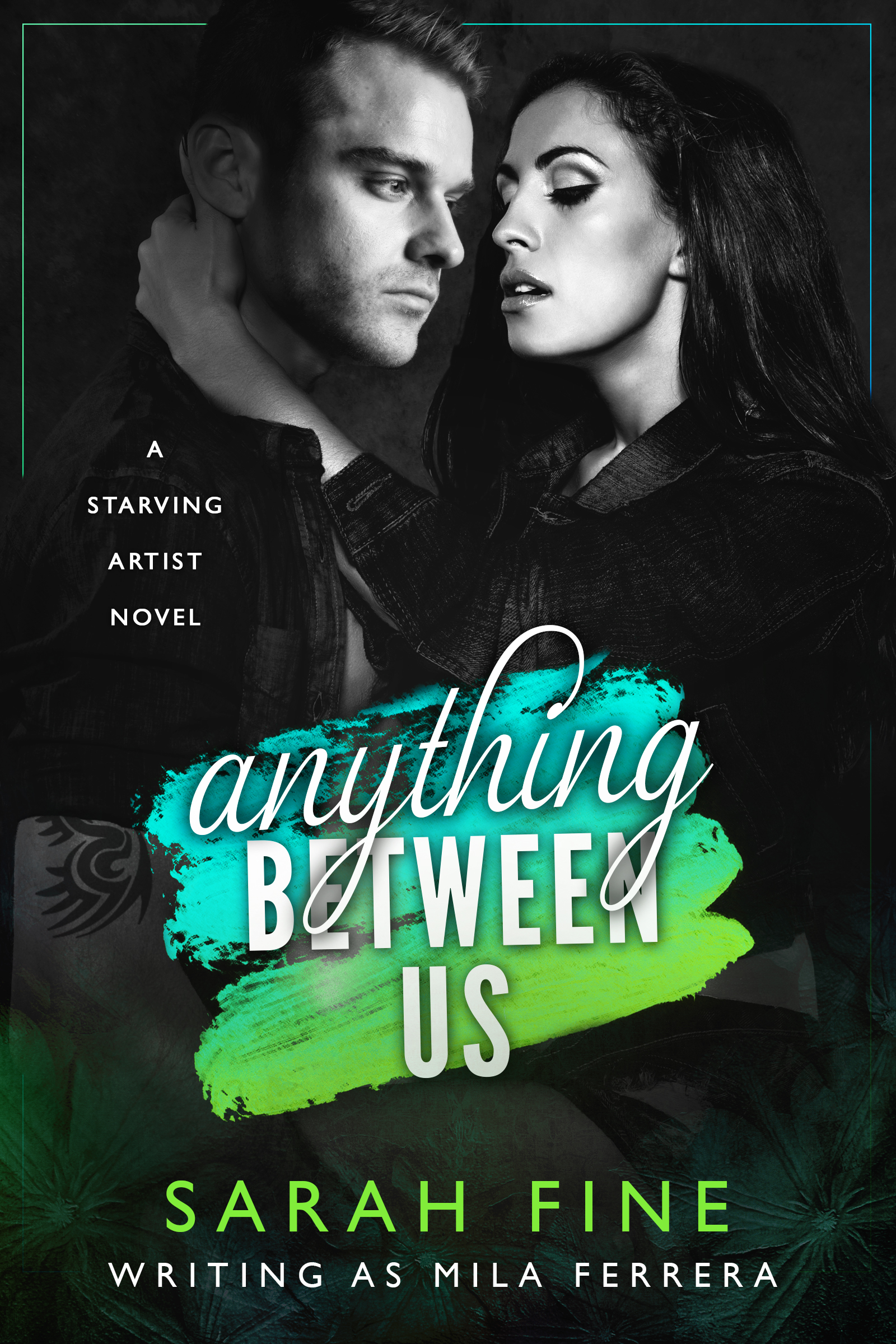 About Anything Between Us by Sarah Fine

What if falling in love is the biggest risk of all?

Sasha decided a long time ago that she would only allow herself a single night each year to go out and be wild. The rest of her time is spent at her pottery wheel or taking care of her father, who has early-onset Alzheimer’s. She has plenty of reasons to avoid anything more than this: one guy, one night, and no names exchanged. But this year, the long and lean stranger she chooses turns out to be more than she bargained for. He makes her feel alive—when it doesn’t seem safe to feel that way at all.

Discharged from the army after a traumatic deployment, Nate returns to his hometown riddled with guilt and unable to envision a future. Everything starts to change during a night out with friends, when a beautiful stranger offers him a no-strings-attached encounter against the wall in the back room of the bar. He knows the deal, but when they run into each other again at the local artists’ co-op where his older brother works, he can’t help but crave more. She makes him feel alive—but he’s still trying to decide if he wants to live at all.

She’s not willing. He’s not ready. But with an unrelenting attraction that weakens their resolve with every passing minute, Sasha and Nate embark on a friendship. One that makes them both stronger. One that makes them wonder if the future might be brighter than either of them ever imagined—until a devastating turn forces them to decide: Is risking everything for love is worth the pain of losing it long before they’re ready?

**WARNING: This is a new adult novel and contains material which is sexual in nature. Content may not be suitable for readers under the age of 18.**