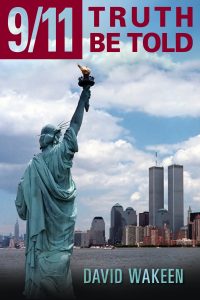 About 9/11 Truth Be Told by David Wakeen

What has happened to our world? Despite once being the beacon of freedom and liberty, America has slowly withered into a nation of corrupt character and chaos, a nation the Founding Fathers would hardly recognize. Politicians fail to provide the people a safe and sane environment; instead, we live in a world fit for an insane asylum, a world with an abundance of hate, death, and war.

9/11 Truth Be Told discusses the methods used to enslave humanity and deprive us all of a more fulfilling life, free from government oppression. This work presents details about secret relations, international agreements, and government policies that ensure most of the world’s population remains in a state of diminished human capacity.

Rather than demanding that our governments uplift civilization, we consent to a world filled with continual chaos, suffering, and war that ensures the wealthy and powerful retain their advantages and the rest of us live lives full of struggle and injustice.

The solution for a better civilization lies within each of us. It is time for us to take action and free ourselves from the chains of enslavement that collectively bind us. Read 9/11 Truth Be Told and help change the course of humanity, before it’s too late!