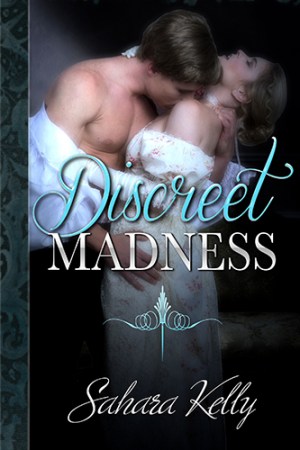 Four women of the Regency, ahead of their time in their wants and desires. Trapped into a mold that doesn’t fit well, each strikes out to find their own paths – and are helped along the way by four Regency gentlemen who have no idea that their worlds are about to be turned upside down!

The Regency is a natural home for romance, although the actual situation of many women, even titled ones, was far from fulfilling. So find out how Miranda, Beatrice, Louisa and Poppy changed the world to fit their desires rather than the other way around.

What Inspired You to Write Your Book?
Regency erotic romances were few and far between when I originally wrote these stories. Many readers felt (and still do) that introducing a steamy sensual component is inappropriate for this genre. I disagree. There definitely was sex going on in the Regency – and a lot of it. I knew it was time to bring my love of Regency romances into my writing career and show that one can remain true to the genre even while leaving the door to the bedroom open. These books were best sellers when released individually and now continue to ride high as a full length novel – with a new generation of Regency lovers.

How Did You Come up With Your Characters?
Each of these women has a unique strength – whether it’s driven by necessity, desperation, desire or suppressed passions. I love strong women who aren’t afraid to fight for what they want. No matter if they’re wearing jeans or a ballgown!!

Author Bio:
Sahara Kelly was born and raised in England, less than twenty miles from Jane Austen’s home. Reading was a major part of her education, as was writing. Dickens, Thackeray, Hardy…Shakespeare of course, all played a large role in forming her literary persona. When her family uprooted to the other side of the Atlantic, Sahara brought her love of books with her, along with her collection of Barbara Cartlands, Ian Flemings and the much-loved Saint series by Leslie Charteris – most of which she still possesses. It wasn’t long before that first novel appeared and the door opened to the world of eBooks some years later. At that point, Sahara never looked back and has been working full time as a writer (and mom) ever since. There are now at least fifty or so books out there with her name on them, and – she hopes – more to come. Not all are Regencies, of course, even though that is a genre so close to her heart. Please feel free to check out her Amazon.com page to see her body of work.