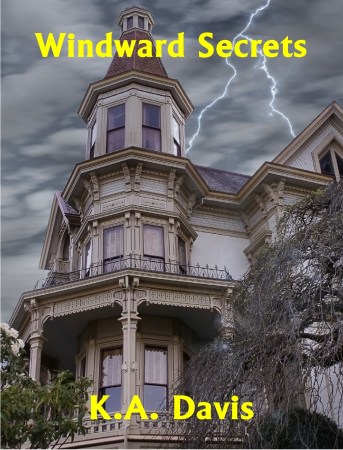 When Claire McPherson booked Windward Cottage for the annual reunion with three college friends her biggest concern was whether they would like the weather-beaten, old Victorian on Cape Cod. Little did she know that would be the least of her worries.

Claire, Jill, Caroline, and Diane are in for more than a little R and R. Windward Cottage has its own special powers of seduction. After 35 years of friendship they thought they knew everything about each other, but the old house draws confessions out of each of them revealing secrets they never knew, and guides them unwillingly into a 50-year-old mystery.

What was planned to be a vacation filled with fun, food, and lots of reminiscing turns into one that will change their lives forever. Who or what is trying to frighten them? What is it about this house that won’t let them go? The four women reluctantly take on a mission that leads them beyond their wildest expectations. Only one woman’s stubborn determination keeps them at Windward Cottage when common sense tells them to leave. Fear, danger, and unexplained events connect the four women to each other and to Windward Cottage. Where do they go from here? Can their friendships survive this vacation? Three of them find their futures, and one finds her past.

What Inspired You to Write Your Book?
This book started in a short story contest, but the characters invaded my brain and refused to leave until I gave then their due. I like realistic, strong, women characters who do not allow themselves to be victims. I also love characters who have lived real lives and have experiences to share. I did my best to pull the best out in every character.

How Did You Come up With Your Characters?
Every character I write has a little bit of someone I know in them, good and bad. In the case of Windward Secrets, the characters introduced themselves to me visually and I picked names that I felt fit their personalities. I love character development and tried to keep each character unique unto herself and emphasize her strengths and weaknesses.