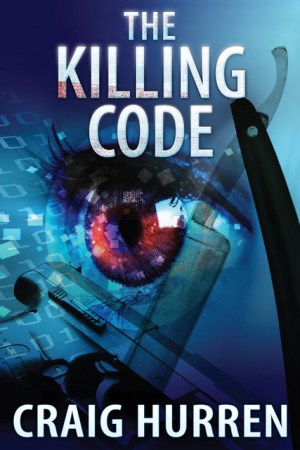 Detective Alan Beach discovers a tenuous connection between the apparent suicide of a prominent scientist and the assassination of a US Congressman. The suspense builds as he struggles to uncover the truth, and a team of mercenaries tries to permanently silence him, but a mysterious figure intervenes. Beach and his deadly new protector discover a dangerous conspiracy which runs far deeper than they imagined. In this must-read thriller, the race is on to stop one of the most powerful business moguls in America from assuming the role of puppet-master over the entire nation.

Link To The Killing Code On Amazon Kindle Unlimited

What Inspired You to Write Your Book?
A long held passion for thrillers drove me to aspire to the ranks of my favorite authors, such as: Campbell Armstrong, Vince Flynn, Michael Connelly, Robert Ludlum, and others. I’d toyed with a number of ideas for years, until I came up with the medical technology around which I developed the plot for The Killing Code.

How Did You Come up With Your Characters?
The main characters in The Killing Code are basically composites of real life people who I know personally. The protagonists continue with the plot in the sequel, The Killing Chase, but I add some new allies and foes to expand the story.

Link To The Killing Code On Amazon Kindle Unlimited