You are here: Home / Book Buyer's Guide / Buyer’s Guide: The Conspiracy of Silence by Augustine Sam 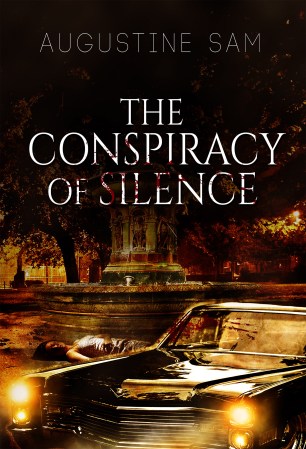 Targeted Age Group: From 18 and above

The conscience of a town steeped in sexism, vanity and hypocrisy is pricked by the brutal murder of a mysterious woman in a park in Los Angeles. But the shock is transformed into a steamy, seductive scandal when the body turns out to be that of Susan Whitaker, the flamboyant wife of the governor of California.

Soon, a dazzlingly intricate shuffle of volatile links leads the police to the delicate theory of secret lover/blackmailer, and to the indictment of Benjamin Carlton, Hollywood’s most influential black celebrity.

Then curious things begin to happen when Carlton’s ambitious girlfriend, Rita Spencer suddenly unearths the shocking secret that Susan Whitaker did not, in fact, exist. She little realizes however that her discovery of this colossal fraud is a mere curtain raiser to a chilling world of ugly skeletons dating back to the assassination of a U.S. senator in a Washington hotel sauna, skeletons connected to riveting sex scandals in high places, skeletons the FBI and political kingmakers will kill for…

Intriguing political thriller – Amazon Top 500 Reviewer
“This is definitely one wild ride from start to finish.”

Link To The Conspiracy of Silence On Amazon Kindle Unlimited

What Inspired You to Write Your Book?
“The Conspiracy of Silence” was inspired by a play I wrote for the radio many years ago. It was a short play about an entertainer who was wrongfully accused of murder and the only person alive who knew he did not commit the crime was his sister. Trouble was, she had no way to prove it. When the play was aired, it made quite some wave but I felt that it was too short to convey all the emotion that should naturally accompany a tense plot such as that. So after a period of ‘mental fermentation’ I decided to rebuild the story into a fast-paced mystery/ thriller accompanied with an epic courtroom showdown.

How Did You Come up With Your Characters?
The characters were developed as the plot evolved in my mind. The protagonist, Rita Spencer, was the first character I worked on as she aptly substituted the entertainer’s sister in the original radio play. I thought it would make for better plot development if she became his lover instead. She’s an introverted lawyer thrust into the limelight she dreads because of a murder that has the potential of changing her career. In the evolution of the story, she finds out that her life, in fact, is also on the line… so, to save him she must first save herself.

The other characters just flow with the plot.

Link To The Conspiracy of Silence On Amazon Kindle Unlimited