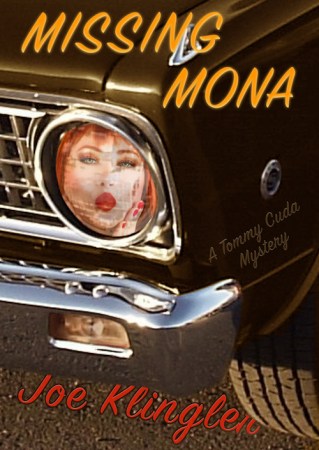 Tommy has boomeranged back to his parents residence and a dead-end job after too many years in college. As he looks squarely at his next decade of life his smartphone convinces him the time is ripe for a change. A gift from his grandfather provides the means, so he embarks on the path of blues artists and beatniks before him—and hits the road.
He immediately meets a damsel in hitchhiking distress who says her name is Mona. Her presence persuades him that the bright lights and dark clubs of Chicago might be his kind of town. So on a summer Saturday night they settle into a fancy hotel overlooking the beaches of Lake Michigan.
On Sunday…Mona disappears.
But she leaves behind more than a sweet memory that involves Tommy in a brand new cash flow problem he never imagined. While trying to sort out how to stay on the right side of the law and get back on the road, he meets a young criminologist who helps him, a DJ who doesn’t, and a librarian who teaches him about the city, women, and the art of the makeover. After truth and lies are stirred like a blue martini, being assaulted by a pink monkey, and witnessing a drive-by shooting that drowns a Ferrari—Tommy is desperate to help Mona.
If he can find her.

What Inspired You to Write Your Book?
The author Robert Crais, while speaking at the Mystery Writers Conference hosted by The Book Passage bookstore in Corte Madera, CA. Mr. Crais was talking about his detective character Elvis Cole, who he has been writing about since The Monkey’s Raincoat, and how readers repeatedly ask: why doesn’t Elvis have a cell phone? The talk was about setting, and how characters are “of their time.” And how times change. He also talked about how not having a phone created the opportunity to use phone booths and set the scene for interesting interactions with characters on the street.
Naturally, Elvis has no cell phone because the technology didn’t exist back in 1989 when The Monkey’s Raincoat was originally published.
Sitting in the audience listening, I thought about how young people have become immersed in communication technology, so much so that they can’t really escape it without their friends wondering what’s wrong with them. Or maybe being left out of activities because they’re not willing to invest time in online social networks. So I asked myself what would happen if a young guy said enough is enough, and rejected the emerging lifestyle being enabled by the disruptive technology emerging from Silicon Valley?
In that moment, Tommy Cuda was born.
Thank you, Mr. Crais.

How Did You Come up With Your Characters?
To me, the needs of the story and the personalities of the characters are a two-way street. I often look carefully at the direction of the plot, and consider what characters would make a scene most interesting, believable, compelling. Your protagonist can walk into a bar at noon and see an old man drinking beer. Or she can walk into a dark bar smelling of stale beer and sweat, peanut shells crunching under her feet, and see an old man with a black beret with a golden emblem in front drooping over white hair. He sips whiskey straight; his cane leans against the bar in front of him. It takes her a moment to realize only one foot reaches the bar stool, because the other is missing below the knee.
Ensure not only that every character wants something, but also that every character IS something. Each has a past, and is making his or her way toward an uncertain future. Even if that character shows up for only one scene, they are much more engaging if they are from somewhere, and going somewhere, even (maybe especially) if that somewhere is toward the darkness.