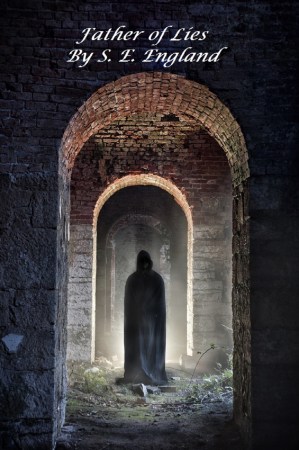 Ruby is the most aggressively disturbed patient ever admitted to Drummersgate High Security Forensic Unit, on the bleak Derbyshire moors in England. With no improvement after almost two years, psychiatrist Jack McGowan, finally decides to take a risk and hypnotises her – with devastating effects.
A horrific, dark force is now unleashed on the entire medical team, as each in turn attempts to unlock Ruby’s shocking and sinister past. Who is this girl? And how did she manage to survive such evil when no one else can?
Set in a desolate northern mining village, where secrets remain secrets and intruders are hounded from their homes, soon enough their questions lead to a haunted mill, the heart of darkness…and The Father of Lies.

Link To Father of Lies On Amazon Kindle Unlimited

What Inspired You to Write Your Book?
I had been a fiction writer for many years when I met a lady who had what used to be called Multiple Personality Disorder, and her story shocked me to the core. I had a professional background in psychiatry and an unhealthy interest in the occult, which was escalating at the time – so the idea began to evolve at that point.
I wanted to write something with serious impact, and began to research extremely scary non-fiction books on the occult, demonology and even exorcisms. This was so terrifying I couldn’t keep the books in the house afterwards!
And thus, Father of Lies was born!

How Did You Come up With Your Characters?
Ruby is a totally fictional character but was inspired by a lady I met who has Multiple Personality Disorder – or Disassociative Identity Disorder as it is now called. I then did a lot more research and put her in very different circumstances to see how she would evolve.
I’m afraid the others are amalgamations of various psychiatrists and medical reps I met over the years – how horrified would they be to know what I put them through!

Book Excerpt/Sample
The journey home was a blur of shock. Kristy gripped the steering wheel with ice-numb fingers. Her heart pulsed through her body in thick, sickly waves. Everything was so much worse than she’d feared. The whole visit had been on a whim, a hunch, curiosity…call it what you will, but now…now it was like having walked through the back of a wardrobe into a fairytale horror and not being able to get back again. Something was very, very wrong in Woodsend.
She turned up the heater and flicked on all the lights because at this speed no one would see her coming. The Audi powered at 80 mph through thick, grey fog, driven by a woman with the devil on her back.
On either side of her, the waterlogged moors seeped darkly. As if in wait for that second’s loss of concentration, a swerving of the wheel, a screech of tyres, and the sucking of metal drowning in the bog.
Squinting into the mist, her eyes flicked to the lit dashboard – how odd – that’s what she thought – the temperature was dropping rapidly. Why? The car had just been serviced. Her breath steamed on the air. Muscles rigid. She wriggled her toes – no, nothing – no warmth from the engine at all. There should have been heat surging through by now. Instead it was getting colder than it was outside. Freezing, in fact.
A creeping awareness was how it started, she recalled later – as she lay awake night after night trying to understand, to rationalise what happened next – a musty smell like unwashed clothes on an unwashed body; a sigh of sour breath on the side of her face; a feeling that someone or something, was on the passenger seat beside her, waiting for her to take her eyes off the road and look round. No, not waiting – willing her to…
A shape. Growing. The sound of salivating, raspy breathing. Like a very old man smacking his gums, drawing air from diseased lungs.

Link To Father of Lies On Amazon Kindle Unlimited