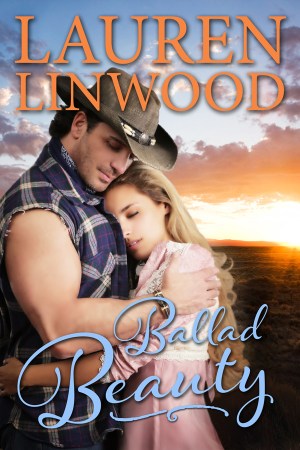 After ten years apart, Boston schoolmarm Jenny McShanahan receives a letter from her beloved father that instructs her to join him in Texas. She has no idea that he’s become Famous Sam McShan, the Robin Hood of the West. She arrives to find Sam already gone, but he left instructions for Jenny to hire a guide and rendezvous with him in Nevada.

Texas Ranger Noah Daniel Webster knows Sam personally because his father, Pistol Pete Webber, was Sam’s longtime partner in crime. When Pete is killed during their last big score, Noah requests the assignment to bring Sam to justice. Going undercover, he volunteers to act as Jenny’s escort across the dangerous prairie, using her to track her outlaw father’s location.

As they journey through rough country, love blossoms—but Noah knows the second he arrests Sam, his betrayal will kill Jenny’s love for him. Should the lawman do his duty as a Ranger, or should he let love rule? The choice Noah makes will change their lives forever.

What Inspired You to Write Your Book?
I’m a native Texan and grew up hearing stories about the Texas Rangers. I finally decided I wanted to write about one!

How Did You Come up With Your Characters?
I read several books about Texas Rangers and visited the Texas Rangers Museum in Waco, Texas. That inspired creating my hero, Noah Daniel Webster.

Book Excerpt/Sample
Snake Burton wasn’t coming. He hadn’t bothered to show up—drunk or sober. Why would any gentleman let a lady wait at the appointed place, horse and supplies in hand, only to be humiliated in front of most of the population of Apple Blossom?

She knew the answer. Snake Burton was no gentleman.

Well, if he wasn’t coming to see her, she would go to him—if only to tell him what deplorable manners he had.

“You.” She pointed to a young man barely old enough to shave. “I want to have a word with you.”

He slowly came her way. Those gathered on both sides of the street did the same. If words were to be spoken, the citizens of Apple Blossom didn’t want to miss them.

“Do you know a Mr. Snake Burton?” she asked.

“I reckon ‘bout everyone between here and Fort Worth knows Snake,” he said affably, and the crowd chuckled along with him.

“Then could you tell me where I might find him at this hour of the morning?”

“Oh, you don’t want to go finding Miss Lulu, ma’am. She’s six feet under or better and has been nigh on five, maybe six years now.”

“But Mr. Burton is at this Miss Lulu’s house? Then please show me the way.”

The crowd murmured its disapproval, and she wondered what she’d said wrong.

“I’ll show you where Miss Lulu’s is.”

The throng parted, and her heart caught in her throat. It was the dark-haired stranger with the cold, sky blue eyes. She almost took a step back as he approached then thought better of it. Treat him like Lucinda Smith, the ringleader of the bullies that picked on her in those early days when she first arrived at The Thompson School.

She drew herself up to her full height and raised her chin a notch for good measure.

He came toward her slowly, an easy confidence in his gait.

He must be an even six feet, she judged. Muscle hardened his otherwise lean
frame. His jet-black hair had a slight wave to it. His complexion was dark, as if he spent most of his time outdoors in the bright Texas sun. Chiseled cheeks and a strong jaw accompanied a sensuous mouth.

But what she focused on now was the small scar. Funny, she hadn’t noticed it before. It ran just above his chin, white against his tanned face. She thought it might be from a knife, based on her experience at the free clinic. She wondered how he’d gotten sliced in such a tender spot.

He paused as he reached her, his hat in his hand. “I can show you. But I don’t think you’ll want to go in.”

Her eyes flashed. “And why not?” she asked in a haughty tone.

“Because Miss Lulu’s is a house of ill repute.”