You are here: Home / Fiction / An Ishmael of Syria by Asaad Almohammad 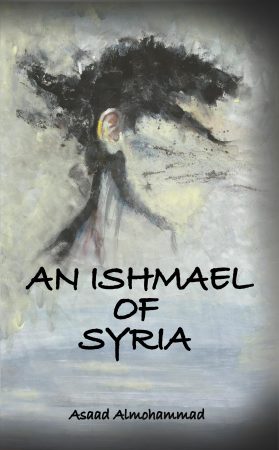 Adam is a tortured soul. Exiled from his homeland, forced to watch the horrors unfold from afar. His family, still living – or surviving – in war-torn Syria struggle daily to feed, clothe, and educate their children. Adam tries to be a ‘global citizen’ and become a part of his new community in Malaysia, but is constantly faced with intolerance, bigotry, and plain old racism. Opportunities are few and Adam finds himself working long hours for poor pay so that he can help his family. The increasingly distressing news bulletins, along with Adam’s haunting childhood memories, compel him to examine his own beliefs; in God, in humanity, in himself and his integrity as a reluctant bystander in the worst human catastrophe of the twenty-first century.

Link To An Ishmael of Syria On Amazon Kindle Unlimited

What Inspired You to Write Your Book?
For a year or so I’d translated my first-hand experiences coupled with my psychological insight into a work of fiction. With terrorism, radicalisation, and the refugee crisis becoming the centre of heated debate, I thought that the story is one that readers might appreciate. Through the narrator, I used critical consciousness as a tool in tackling a number of socio-political issues. I wanted to engage the mainstream audience without neglecting readers with deeper knowledge of the region and issues conveyed through the book.

How Did You Come up With Your Characters?
The novel is semi-autobiographical. I have to say the bulk of it actually happened. I’ve used some artistic licence to weave the stories together. But in essence everything happened and the characters in the novel are based on real ones.

Author Bio:
Born in the 80s, Asaad Almohammad was raised in Ar-Raqqa, Syria. A member of the International Society of Political Psychology and a research fellow, he has spent years coordinating and working on research projects across the Middle East and North Africa. To date he has addressed a number of psychological aspects of civil unrest, post-conflict reconciliation, and deradicalisation. In his spare time Asaad closely follows political affairs, especially humanitarian crises and electoral campaigns. He is especially interested in immigration issues. An Ishmael of Syria is his first novel.

Link To An Ishmael of Syria On Amazon Kindle Unlimited