You are here: Home / Fiction / Thriller / Alone But Not Lost by Bob Summer 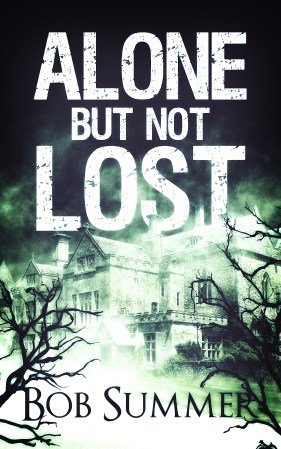 Alone But Not Lost is a dark and disturbing psychological thriller about a woman teetering on the edge of sanity.

When Sin’s stepfather is released from prison, she locks the windows, bolts the doors and installs more security cameras. But she knows it won’t be enough. He’ll find a way in – he always has.

Memories creep into her head and pick at her brain until she can’t think straight. Her only hope is to run. She’ll clear out the house and burn everything. Or bury it. Obliterate the past. Then go far away where nobody knows her. That’s what she’ll do – run. Now before it’s too late.

Link To Alone But Not Lost On Amazon Kindle Unlimited

What Inspired You to Write Your Book?
I’ve always been fascinated by the fragility of our minds and what it would take to push us over the edge. We all know of somebody living on the fringe of society, isolated and alone, perhaps lacking the skills to build and maintain friendships. Life can be tough for a lot of us, even with the benefit of family and education, etcetera, but if we’d been denied all that, I suspect we’d be very different people.

How Did You Come up With Your Characters?
Like all characters, Sin is a composite of many people. Each of us will recognise the bit of Sin in common with ourselves. Though we might deny it.

Book Excerpt/Sample
Glyn digs out the blueberry bushes and puts new grass on the vegetable patch, so now the lawns are massive. No more carrots. Baby will be sad about that.
Then Glyn shuts himself away in the garage ‘making the kid a surprise’, until one day Mother calls me to the kitchen where she’s cooking his tea.
‘Oi.’ Glyn points the neck of a beer bottle at me. ‘I’ve made you a playroom all of your own.’
Mother smiles at him. ‘It’s fab, she’s going to love it.’ She turns and looks at me. ‘Say thank you.’
I like the room I have—it has all my stuff in it. But I say, ‘Thank you.’
‘It’ll be all yours,’ Mother says, ‘come and see.’
In the garage Glyn lifts a big square door out of the floor and shows me a hole. ‘Everybody needs their own space,’ he says. ‘This is yours.’

Author Bio:
Bob Summer lives on the Pembrokeshire coast in Wales. When she isn’t writing or reading she’ll be found walking the dog or gazing out of a window.

As a child Bob refused to do as she was told. As an adult she still hates following rules and will be eternally grateful she has never had to work a ‘proper’ job.

Link To Alone But Not Lost On Amazon Kindle Unlimited